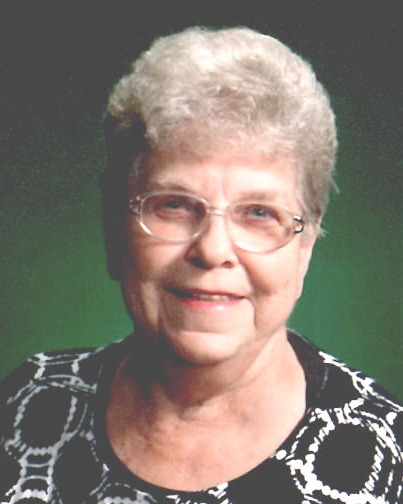 Born on November 12, 1931, in Wells, MN, she was a daughter of the late Fred and Genevieve (Sorensen) Stoltz. Joyce was united in marriage to Wilfred Moja, who tragically died in 1949. On July 15, 1951, she married Raymond Schreiber and together the couple shared 42 years of marriage.

After attending Wells High School, Joyce worked in sales at Westrums, as a Nursing Assistant at St. John’s Lutheran Home, and as a hostess at the former Skyline Supper Club and Albert Lea Country Club. A member of the Albert Lea AA Club, Joyce proudly celebrated 48 years of sobriety. She was a longtime member of Grace Lutheran Church in Albert Lea, the Albert Lea Eagles Auxiliary No. 2258, and the Albert Lea VFW Post #447.

A dedicated mother and generous friend, Joyce was fiercely independent and spirited. Joyce enjoyed working on her computer, dancing with her late husband, Ray, bowling, golfing and playing BINGO, card games and board games; one of her favorites being Spinner Dominoes. Her greatest joy came from spending time with her family.

In addition to her parents, Fred and Genevieve Stoltz, and her husbands, Wilfred Moja and Raymond Schreiber, Joyce was preceded in death by two children, Barbara and John Schreiber; three grandchildren, Shane Damrow, Eric Kurtz, and Gretchen Kurtz; and a sister, Shirley Hass.

A memorial service will be held at 11AM on Saturday, February 4, 2023, at Bonnerup Funeral & Cremation Services. The family will receive friends at a visitation to be held one hour prior to the service. Inurnment will be held in Hillcrest Cemetery at a later date.

To order memorial trees or send flowers to the family in memory of Joyce A. Schreiber, please visit our flower store.