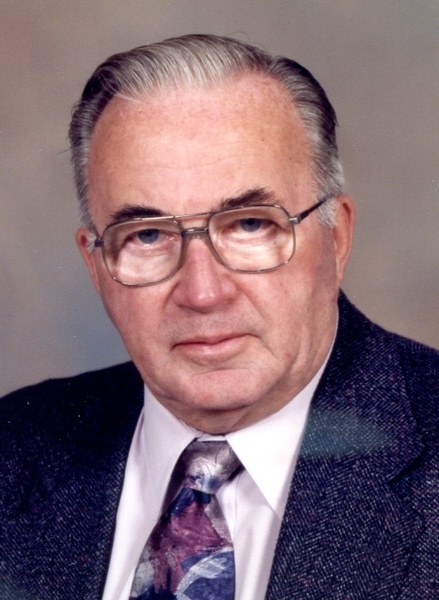 Memorial Services for John I. Sullivan of Albert Lea will be held at 2:00 P.M. on Sunday, September 30 at St. Theodore Catholic Church. The Reverend Kurt Farrell will officiate. Interment will be in St. Theodore’s Catholic Cemetery. Visitation will be one hour before services at the church. John died on Tuesday, September 25 at Good Samaritan Center, Albert Lea. He was 84. John was born on March 29, 1934, in Albert Lea, the son of Louis and Gertrude (Donahue) Sullivan. He attended a one-room school in Twin Lakes for grades 1 – 8, then attended Albert Lea Schools and finally went on to serve our country in the U.S. Airforce. When he returned from the service he worked for a short time at Queen’s Stove and then at Streater Inc for more than 38 years before retiring. John married Joann Jochumsen on August 14, 1965, at St. James Catholic Church in Twin Lakes. Together they lived and raised their family in Albert Lea. He was a member of St. Theodore Catholic Church, the American Legion and in earlier years the Elks Club. He enjoyed a good game of golf and his bowling earned him a spot in the Albert Lea Bowling Hall of Fame. John is survived by his children: Paul (Gina) Sullivan of Charlotte, NC, Jolene (Jeff) Hansen of Mesa, AZ, and Dave Sullivan of Albert Lea; grandchildren: Bradford Sullivan, Taylor Sullivan, Jordan Sullivan and Kaylee Hansen; sister Virginia Stenseth of Albert Lea, brother-in-law and sister-in-law Danny and Bonnie Jochumsen of Colleyville, TX, and nieces and nephews. He was preceded in death by his parents, his wife Joann, sisters: Helen Moen, Maxine Pricco, Lois Zeimer, brothers: Eugene, Paul and Robert Sullivan. John will be remembered as being a great family man who was consistent, practical and lived his life with great integrity. In lieu of flowers memorials suggested to the Parkinson’s Foundation.
To order memorial trees or send flowers to the family in memory of John Sullivan, please visit our flower store.