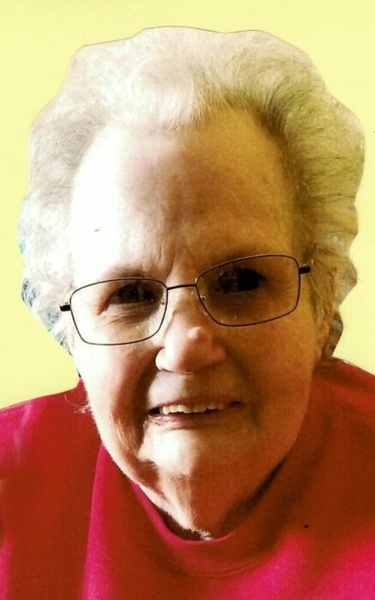 JoAnn "Jo" Sletten, 86, of Ellendale passed away on Friday, February 19, 2021 at the New Richland Care Center.

A public, walk through visitation will be from 5:00 - 7:00 PM Tuesday, February 23 at the Bonnerup Funeral Home of Ellendale. Masks are required and Social Distancing protocols will be followed. A private family funeral will be held Wednesday. Interment will be in the Danish Lutheran Cemetery. Bonnerup Funeral Home of Ellendale is assisting the family.

JoAnn Irene Paddock was born April 29, 1934 the daughter of Chester P. and Hazel E. (Hanson) Paddock in Minneapolis. She was raised and graduated from high school all in Minneapolis.

In October of 1953 she married Eugene Hammill and they later divorced.

JoAnn married Ferdinand Sletten in November of 1957, they moved to North Dakota until 2000 when he passed and Jo returned to Minnesota.

She lived at Shady oaks Apartments until she needed care, then resided at the New Richland Care Center for the past few years.

Jo loved to play Cribbage, do needle point and her pugs! She always had her pug calendars on her wall.

She had several jobs during her life including clinical receptionist, librarian and dish washer at Oak Leaf Cafe in Austin. Her biggest job in life was being a mom to her 6 children.

She is also survived by her special cousin, Gloria Mittlestadt.

To order memorial trees or send flowers to the family in memory of JoAnn "Jo" Sletten, please visit our flower store.