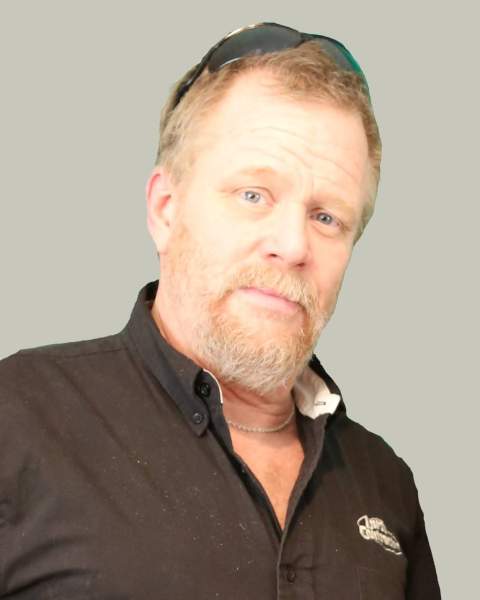 Jerry Robert Olson, 63, of Albert Lea, MN, passed away on November 7th, 2022, at Mayo Hospital in Albert Lea after a continuous battle with heart issues.

Jerry was born on January 4th, 1959, in Albert Lea, MN to Robert and Regis (Johnson) Olson.  He was raised and attended school in Albert Lea, MN.  As a youngster, Jerry enjoyed martial arts and karate.  He also had a passion for playing the drums, which led to him to inspire his younger brother to follow his lead.  When Jerry was a sophomore, he and his family moved to Madison, Nebraska where he graduated from Madison High School class of 1977.   Following his graduation, he settled back in Albert Lea where he was employed at various business; Vasco, Safe Air Repair and most recently retiring from Streater.

Jerry was extremely creative and artistic and spent a lot of time redesigning ordinary items.  He had the ability to design numerous art pieces using his welding skills and personalized gifts for many family members and friends.   He loved riding motorcycles and was given the nickname “Biker Red” for his passion for bikes and his red hair.  Jerry was a one-of-a-kind dude who was often described as “marching to the beat of a different drum" but was always sure to get a laugh or smile out of you.  Jerry will be greatly missed by his family and friends.

Jerry was preceded in death by his grandparents, Lewis and Bernice Olson and Charles and Elsie Johnson; brother, Wesley Olson, and other extended family members.

The family will host a Celebration of Life Gathering will be held on Sunday, November 13th, 2022, from 2:00 PM – 4:00 PM at Wedgewood Cove in Albert Lea, MN; with a time for sharing of memories with family and friends at 4:00 PM.  Interment will be at St Peter’s Cemetery in New Richland, MN at a later date.

To order memorial trees or send flowers to the family in memory of Jerry Robert Olson, please visit our flower store.