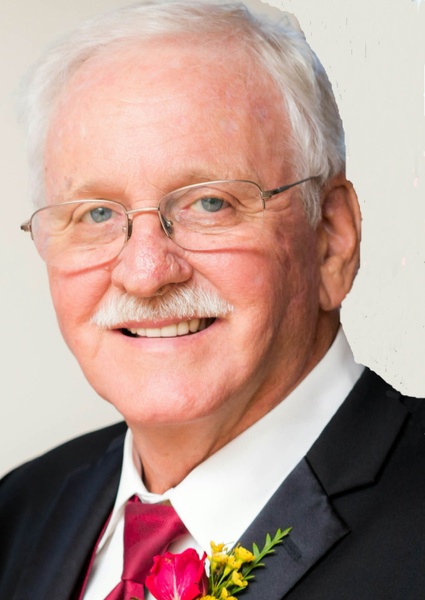 Funeral Services for Jerry Lee Neitzell, of Ellendale, will be held at 2:00 P.M. on Saturday, October 6 at the United Methodist Church in Ellendale. Visitation will be from 4-7 on Friday at the United Methodist Church and also one hour before services on Saturday. Interment will be in Geneva Cemetery. Military Honors will be accorded by the Ellendale Veteran’s Organization. Bonnerup Funeral Service Ellendale, is assisting the family. Jerry died on Sunday, September 30 at Mary’s Hospital in Rochester. He was 78. Jerry Lee Neitzell was born on October 31, 1939 in Maple Island, Minnesota, the son of Olive Ethel (Smith) Neitzell and James “Jay” Phillip Neitzell. His childhood was spent roaming the woods in the Maple Island area, attending the Congregational Church in Hollandale, and flying many combat missions with his sister Beverly in their fighter plane made of peach crates nailed to an old stump. He attended elementary school in Hollandale and high school in Albert Lea, Minnesota. On May 29, 1956, he married his childhood sweetheart, Lily Harpel. Shortly after that, he enlisted in the United States Air Force where he served honorably for four years. He did his basic training in San Antonio, Texas, and was stationed in Biloxi, Mississippi, Thule, Greenland, and Tacoma, Washington, where he worked as a radar systems specialist. When he left the service, he worked on the Air Force base in Port Austin, Michigan, as a civilian specialist. He worked for the Mayo Clinic in the service department before settling into an engineering position with GE Medical where he worked for 25 years, specializing in vascular imaging technology. His expertise in this field took him all over the world, servicing the machines that saved countless lives. He retired in 1996 but continued to work as a training consultant. Jerry had many hobbies throughout his lifetime, including camping, fishing, waterskiing, photography, hunting, woodworking, golfing, reading, working on his computer, and enjoying time with his children, grandchildren, and great grandchildren. Jerry was a master craftsman; there was nothing he could not build. Jerry was always willing to lend a helping hand to anyone who needed it—from installing light fixtures to helping people with computer issues. He was a wonderful friend and will be greatly missed by all who knew him. Jerry is survived by his wife Lily, his children Rhonda (Loren) Nelson, Roger (Ninette) Neitzell, his grandchildren Randi Sather, Rachelle (Ryan) Robinson, Haylie (Dan) Heil, Hope Neitzell, Hannah Neitzell, Emily Neitzell, Jeremy Neitzell, Ashley Neitzell, and great grandchildren Amadeus Neitzell, Mila Neitzell, Atlas Neitzell, and Sophie Robinson. In addition are several step grandchildren and their families, including Lorraine (Jeff) Leigh, Justin (Tammy) Nelson, Terry Nelson, Jason (Jillian) Sather, Elizabeth (Matthew) Larson, Eric (Cameron) Roeske, Chad Roeske, Nicholas (Roeske), and Joshua (Christie) Huebner. He is also survived by his sister Beverly, and many nieces, nephews, and cousins as well as his beloved cat Missy. Jerry was preceded in death by his parents, Olive and Jay Neitzell, in-laws, Vivian and Orville Harpel, son Lee Neitzell, infant twin daughters, Pamela and Paula Neitzell, brother-in-law Eber Harpel, sister and brother-in-law Darla and Rudy Janka, in-laws Ramona and Daryl Anderson, and brother and sister-in-law LaVern and Kate Neitzell.

To order memorial trees or send flowers to the family in memory of Jerry Neitzell, please visit our flower store.