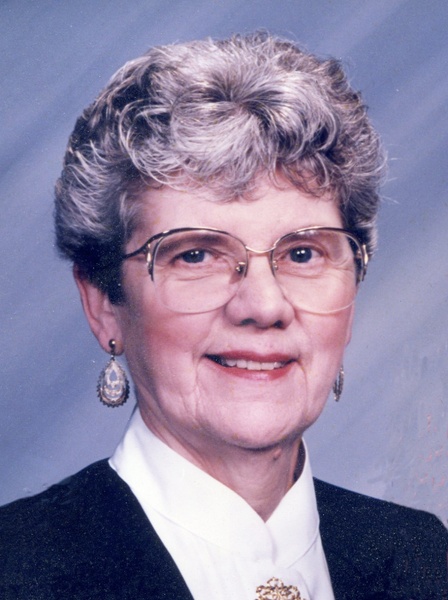 Memorial Services for Jeanine R. Dahl, will be held at 11:00 A.M. on Saturday, February 29, at East Freeborn Lutheran Church. The Reverend Matt Griggs will officiate. Interment will be at a later date in East Freeborn Cemetery. Friends may visit with family from 4-7 on Friday, February 28, at Bonnerup Funeral Service and one hour before services at the church.

Jeanine died peacefully, surrounded by family on Sunday, February 2 , 2020, at Hidden Creek- Good Samaritan Society, Albert Lea. She was 89. Jeanine was born on July 8th, 1930, in Sioux City, Iowa, the daughter of Wilbur and Ione (Crouch) Allen. She graduated from Albert Lea High School with the class of 1948. She had worked for a time at Woolworths, Shultz Jewelry, Burnsmoor Ice Cream Store, and Northwestern Bell Telephone Co. She married Paul Dahl on November 19, 1949, in Albert Lea. Jeanine grew up in town, but it didn’t take her long to become a “country” girl. Together Jeanine and Paul lived, farmed, and raised their family in Bancroft Township, rural Albert Lea. They moved into town in 1990 and celebrated almost 50 years before Paul died in 1998. Together Paul and Jeanine enjoyed winters in Texas, cruises and trips to Norway.

She was a member of East Freeborn Lutheran Church where she had been active in the Altar Guild, Circle #4, quilting group and was church historian for more than 28 years. She was also a member of the American Legion Auxiliary where she especially enjoyed helping with registration for the Red Cross Blood Drive. Jeanine was an avid diary writer. To check events, she would go back to check her diary. She also enjoyed gardening, coffee and lunch dates with friends, baking bread and cinnamon rolls on Saturday mornings and spending time with family.

The family would like to express their sincere gratitude to the staff at Hidden Creek and Mayo Clinic Health System Hospice for the kind, compassionate care given to Jeanine and all of us. Memorials suggested to East Freeborn Cemetery Fund.

To order memorial trees or send flowers to the family in memory of Jeanine Dahl, please visit our flower store.