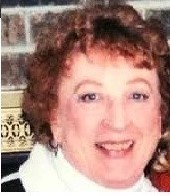 JaVonne Rosella Eidahl was born on December 16, 1936 to Mable (Bolstad) and Melvin Stene. She was baptized, confirmed and spent most of her life as a member of Emmons Lutheran Church. She went to her heavenly home on December 25, 2019 at the age of 83 years.

On April 28, 1962 she married Darryl Vermedahl. Two sons were born of this union, Daniel and Michael. On October 13, 2000 she married Konrad Eidahl. They had 19 happy years together. JaVonne worked at several banks, and at the Lake Mills Graphic. She was the treasurer at Emmons Lutheran Church for 28 years. She loved to sew clothing, do handwork, entertain, and was an excellent listener. She often gave anonymous gifts to those in need. She loved her family very much.

To order memorial trees or send flowers to the family in memory of JaVonne Eidahl, please visit our flower store.