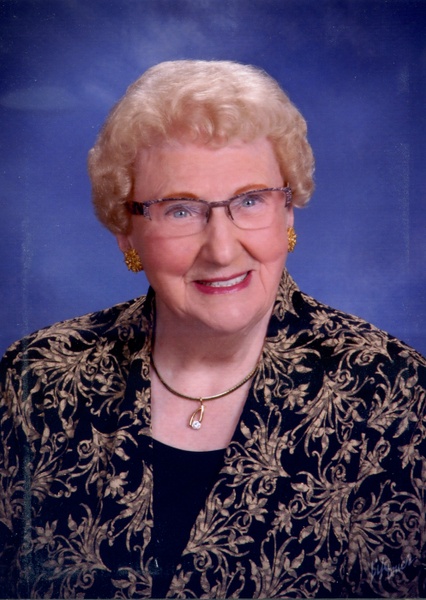 Memorial services for Jane Elizabeth (Jensen) Reid of Albert Lea, MN, will be held at 11:00 AM Friday, July 12, 2019 at the First Lutheran Church in Albert Lea. Pastor John Holt will officiate. Visitation will be held one hour prior to the service at the church. Interment will be in the Oakland Cemetery in Hutchinson, MN. Jane died Sunday, June 30, 2019 at St John’s Lutheran Home in Albert Lea. She was 88 years of age. Jane was born February 26, 1931, a third child of Amandus and Dagmer (Christensen) Jensen. She was baptized and confirmed at Faith Lutheran Church in Hutchinson. Jane grew up on the family farm south of town. She walked two miles to a country school for her first eight years of education, then attended Hutchinson High School, graduating in 1949. After two years at St Cloud Teachers College, she began a teaching career in Albert Lea, having taught first grade at Ramsey, Hawthorne and Oakwood schools. On June 27, 1954 she married John H.E. Reid in Hutchinson. They lived in Robbinsdale, Superior and Worthington while John managed shoe stores, then moved back to Albert Lea. Jane finished her career as a para-professional for District #241 at Hawthorne School. A few of Jane’s favorite things were purple ribbons at the State Fair in 4-H, driving tractor doing field work, the summer of 1953 spent in Europe, being a mother, scout leader, Sunday school teacher, maintaining gardens- especially roses, filling a fruit cellar with canning, camping with family and friends, Christmas cookie plates, Stitchery and painting projects, sending weekly activity letters to her grandchildren, Lily and Jake, Circle #31 at First Lutheran, and a card club of 50 + years. Jane was a child of God, mother to Jean Sabre and husband Dr. Mark of Eden Prairie, MN, daughter-in-law Monica Reid of St. Paul, MN. Grandma Jane to Lillian and Jacob Reid, and sister-n-law Luella Fenske of Fridley, MN. And an Aunt to many nieces and nephews, as well as a constant in a circle of long time friends. Jane is preceded in death by her husband John of 54 years in 2009, a first-born baby girl, son Jeff Reid, daughter Judy Reid, brother Kenneth Jensen, brother Leonard Jensen and her parents. Memorials suggested to Peace and Power, First Lutheran Church. We thank the Lord for a life faithfully lived and blessed memories.
To order memorial trees or send flowers to the family in memory of Jane Reid, please visit our flower store.