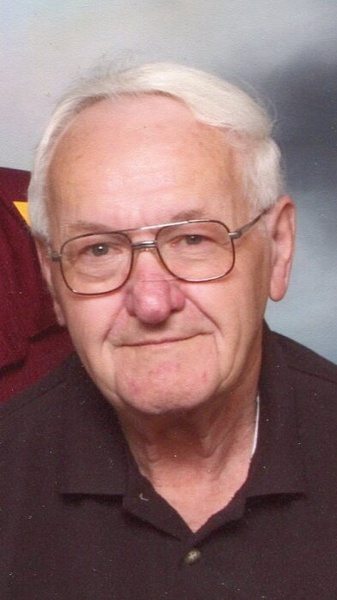 James was born April 23, 1936, to John and Ruth (Streeter) Poole in Sioux City, IA. In 1948 he became the foster son of Garwin and Evelyn Paulsen and lived on a farm in Lake Mills, IA.  He went to a country school near Lake Mills, IA and graduated from Lake Mills High School in 1955.

In 1965 he was united in marriage to Janet Hahlen at the First Presbyterian Church in Albert Lea. They had two sons, Jeffrey Poole and Jared Poole.

After high school he worked for Colby Peet Company in Hanlontown, IA. Served his country in the Army from 1958-1960.  After the service he worked at Deluxe (Fleetquard) in Lake Mills, IA. In the late 60’s he went to Fountain Industries. He retired from there in 1997.  After retirement he worked for Shopko for 7 years.

To order memorial trees or send flowers to the family in memory of James "Jim" Poole, please visit our flower store.