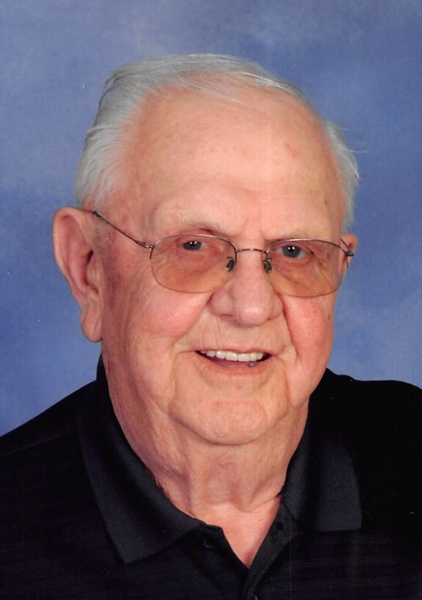 A public visitation for Jim will take place on Friday, May 14 from 4:00-7:00 PM at Bonnerup Funeral Service, Albert Lea. A memorial service for Jim will be held at 10:00 AM on Saturday, May 15 at Grace Lutheran Church, Albert Lea. Pastor Shane Koepke will officiate. Family and friends may join us for a visitation one hour before the service at the church. Private interment will follow. A livestream of the service will be available on his obituary page at www.bonnerupfuneralservice.com.

James ‘Jim’ Luverne Madson was born in Albert Lea on September 21, 1938 to John and Harriet (Nelson) Madson. He graduated from Freeborn High School in 1957 and served in the Army and the National Guard from 1960-1966. On December 22, 1961, Jim and Jane Schoenrock were married. The couple raised three sons on a farm in Manchester. He worked for Sorenson’s Construction as a heavy-duty equipment operator. Then, over a span of 40+ years, Jim was an over-the-road truck driver, who later joined and retired from Streaters. He was a member of Grace Lutheran Church, a 50+ year member of American Legion Post 56 and a member of the American Legion Riders, being named the 2017 Rider of the Year.

Jim was kind and had a magnetic personality. He was able to strike up a conversation with anyone and was always looking forward to making new connections. Using his famous one-liners and storytelling skills, Jim brought smiles to faces all around. He had a phenomenal ability to recall details of people, relationships, places traveled and geographic locations, and an amazing ability to give directions. Growing up on a farm, he learned early in life what hard, physical work entailed. Being mechanically inclined and self-taught, he had the skills to repair anything from cars to farm/small equipment and household project. Parts were saved (just in case) for future small projects. His love for equine centered around horse driving activities- pleasure driving, harness racing, farm work, horse shows, and Jim even built a horse-drawn wagon. Jim completed a U of MN course on farriering horses and later would design and work with a blacksmith to make the wrought iron décor for the home that he and Jane built.

A loving and devoted husband, Jim never forgot a birthday or an anniversary. The two would take trips in their car and motorcycle together and truly enjoyed each other’s love and company. They would also spend time camping during the summer months.

Jim will be forever loved and missed.

He is preceded in death by his parents, John and Harriet and brother-in-law Melvin Hobbiebrunken.

To order memorial trees or send flowers to the family in memory of James 'Jim' Madson, please visit our flower store.