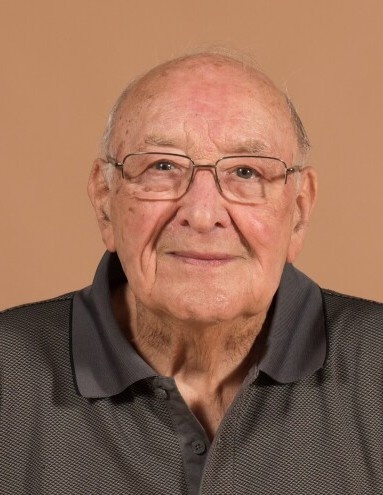 Lover of life and of people, feisty and strong-willed, ready for fun, and we miss him already.

Jim Cisewski, of Albert Lea, passed away on Thursday, April 21st at Thorne Crest Senior Living Community.  He was 97 years young, and appreciated and looked forward to each and every day.

Jim was born in Winona, MN on March 1st, 1925, to Stanley and Martha (Rudnick) Cisewski.  He also went to school in Winona and was a member of St. Casmir’s Church.  In 1945 he married the love of his life, Lillian Quamen, and shared a wonderful marriage together for 68 years, until Lillian’s death.  They were blessed with 2 children, Cheryl, and Gregory (deceased).   They loved the scenic town of Winona where they lived until moving to Albert Lea in 2003 to be closer to family.

Jim worked hard his entire life and his favorite job was working as a Custodial Engineer at Winona Junior High School for over 17 years.  His friendly demeanor, good attitude, and humming tunes while working endeared him to the students over the years.  Jim was a legitimate “river rat” and loved taking his boat to his secret spots up and down the Mississippi River.  But his favorite times were spent with his wife, Lillian, taking car trips, making meticulous notes about what they saw, how much things cost, and of course, where and what they ate.  After Lillian’s death in 2014, Jim devoted much of his energy into cooking and baking and was never afraid to try a new recipe.  His kids and grandkids often wondered whether it was them or the Green Bay Packers who were his favorite.  Jim was an incredibly faithful man who was always thankful for the blessings he had.

Jim was preceded in death by his wife Lillian, son Greg, son-in-law Gar Petersen, his parents, and sisters and brothers in law, Lorraine and Doug Stiehm, and Alice and Greg Opitz.

Jim’s memorial service will be held at Bonnerup Chapel on Saturday, May 7th at 11am, with a visitation starting at 10:30am.

The family asks that, in lieu of flowers or memorials, you make a donation to the charity of your choice.  Blessed be Jim’s memory.

To order memorial trees or send flowers to the family in memory of James "Jim" Cisewski, please visit our flower store.