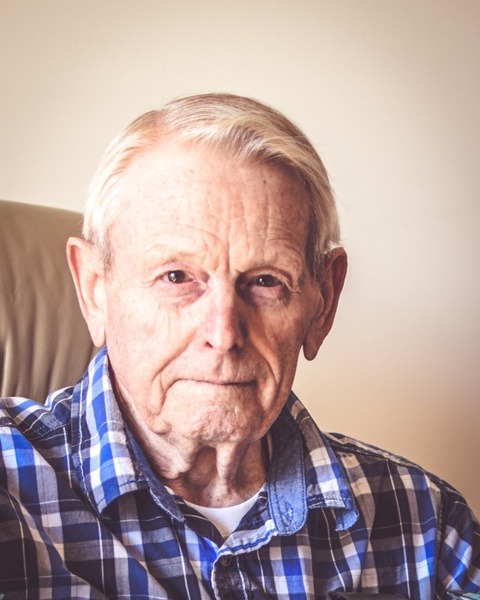 A memorial service for James Francis Allen will be held at 10:30 AM on Saturday, January 11, 2020 at St. Theodore Catholic Church in Albert Lea, MN with Father Kurt Farrell officiating.  Visitation will begin at 9:00 AM and continue until the time of the service at the church.  Burial will be in Calvary Cemetery in Rochester, MN at a later date.

Jim passed away on Saturday, January 4, 2020 at St. Mary’s Hospital in Rochester, MN. Jim succumbed to respiratory complications brought on by pneumonia. He was surrounded by family at the time of his passing. He was 85 years old.

James Francis Allen was born on February 5, 1934 in Owatonna, MN to parents, Oren and Catherine (Herren) Allen.  He was raised on the family farm between Geneva and Blooming Prairie.  After his schooling, Jim joined the United States Army and served honorably from 1956 – 1958.  He was called home early to take over the family farm after his father became ill.  He would continue to operate that family farm until he retired at the age of 62.

Jim was united in marriage to Teresa (Gerads) Fakler on June 13, 1981 at St. Mary’s Catholic Church in Newry Township.  Jim was blessed to become a step-father to 9 children, and he thought of Teresa’s family as his own.  The couple would operate the family farm together until moving into Albert Lea in 2009.

As with most farmers, Jim didn’t consider farming as an occupation, but more of a way of life.  He felt fortunate to care for the land and his animals, all while being able to provide for his family.  Jim enjoyed traveling with Teresa in later years and enjoyed his coffee hours with the group of farmers.  Spending time with his grandchildren and great-grandchildren would always put a smile on his face!

He is preceded in death by both parents, Oren and Catherine Allen; step-son, Steve Fakler; step-daughter in-law, Sue Fakler; and his sister, Donna Ditlevson.

To order memorial trees or send flowers to the family in memory of James "Jim" Allen, please visit our flower store.