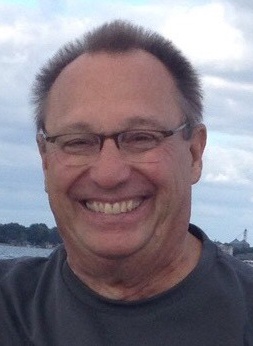 James Dwight Tobiasen passed unexpectedly on July 27, 2019 at the age of 73. We may not have the same story telling finesse or amazing sense of humor that Jim possessed, but there is no greater way to memorialize him than by telling the story of his life.

James Dwight Tobiasen was born to Bennett and Maxine on August 31, 1945. Growing up on a farm just outside of Northwood, Iowa, Jim spent his time riding horses and working on the farm. After graduating high school where he excelled in academics and lettered in Track, Jim enlisted in the United States Air Force where he served four dedicated and life changing years. Jim served in the Vietnam War where, though, not all experiences were happy ones, he was immensely proud to have done his part for his country. After serving in the Air Force, he turned his attention to academia. Jim always said, “A degree is something you can never lose, no one can ever take it from you.” He obtained two bachelor’s degrees, one in Industrial Engineering and the other in Business from the University of South Dakota-Vermillion. Jim soon realized his calling in the field of Business and furthered his education through a Master of Business Administration from Saint Thomas. After college, Jim’s career started in Owatonna at Jostens. He then gained experience and advanced his career working for Truth and Tubeco. Reaching Vice President of Manufacturing status, Jim’s work took he and his loving wife, Julia, to Texas, Mississippi, Illinois, and finally back to Minnesota. They were no strangers to moving Jim’s fishing poles, Julia’s shoes, and their beloved pets from state to state on their adventures - and of course, never missing a chance to stop for ice cream along the way.

After settling back in Minnesota to work closer to family and friends, Jim then retired in 2007, but being an active and outgoing man, he took on a few projects to fill his extra time. He taught at Riverland Community College and most recently took immense pride in becoming an on-call bailiff for the Freeborn County Sheriff’s Department.

Jim always made time for his true passions: Being an avid reader and history buff, he immersed himself in informational books and films pertaining to the Civil War, WWI, WWII, and JFK. As an enthusiastic fisherman, Jim jumped at every chance to head to the lake or ocean. Jim was also a bird hunter and valued his hunting trips with his son Aric. Over the years Jim won many trophies and awards for his impressive trap shooting skills, a sport he would later enjoy with his grandsons. Most recently, Jim and Julia took their Minnesota Vikings support to another level and got season tickets. They never missed a home game. When he wasn’t serving the community, Jim could be found enjoying a sweet dessert, taking a walk with Julia and their dog Romeo on the beach, camping, having dinner with friends or family, traveling, shopping, going to a concert, or getting lost in a good book. It’s not enough to say we will miss Jim, but we can honor his memory by spending time together. As a connoisseur of meatloaf, cake, and ice cream; Jim would say, “I’ve never met a dessert I didn’t like!”

To order memorial trees or send flowers to the family in memory of James Tobiasen, please visit our flower store.