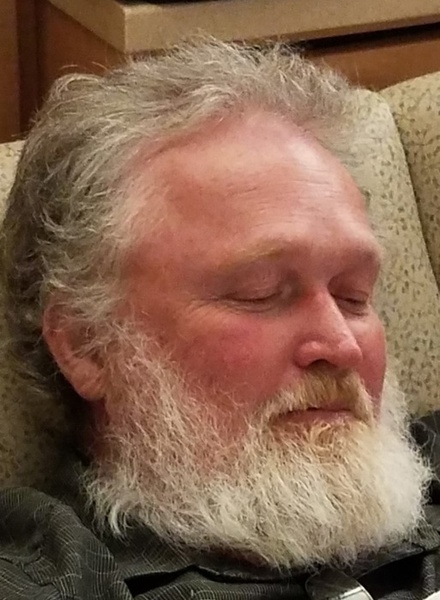 Memorial Services for James “Jim” L. Sabin, of Emmons will be held at 1:30 on Friday, June 7,  at Emmons Lutheran Church, Emmons, MN.  The Reverend Dr. David Schafer will officiate. James passed away on Monday, May 27, at Mayo Clinic Health Systems in Albert Lea.  He was only 59 years old. He was born on February 28, 1960 in Waseca, Minnesota, the son of Ralph and Gladys (Flattum) Sabin. He graduated from Albert Lea High School.  Shortly thereafter, he started working for the 7up Company delivering pop.  He then went to Donlie Underground where he was a heavy equipment operator. He was known to enjoy going to the casino, playing cards with his brother and was also on pool league.  He always made time for his friends and family, especially his nieces and nephews, even after the birth of his daughter Jacqueline. Jim spent most of his free time playing games on his tablet patiently waiting for Jacqueline to get off of work so they could go see a movie, eat Chinese or just simply hang-out together.  His main hobby was metal scrapping or cleaning wire to save up money for the Vegas trip they were going to take together. The most important thing in his life was Jacqueline and if he had been given the time, being grandpa would have taken the #1 spot.  Thankfully he got 3 full days spending time with his only grandchild before passing.  Now he will transform from being the best dad and grandpa to “The Best Guardian Angel.” He will be greatly missed by daughter Jacqueline Larson (DeWayne Ketchum) and their son Tarrant Lee Charles Ketchum, of Albert Lea,  his father Ralph Sabin of Albert  Lea, his sister DeAnn Bronson(Mark Kness) of Albert Lea, brothers Robert Sabin of Albert Lea and Donald Sabin of Elmore, MN, nephews and niece: Matthew Bronson, Timothy Bronson, Joshua Bronson, Brett Sabin, Roger Nelson and Tina Katusky. He was preceded death by his mother Gladys Sabin and his sister Beverly Nelson.

To order memorial trees or send flowers to the family in memory of James Sabin, please visit our flower store.