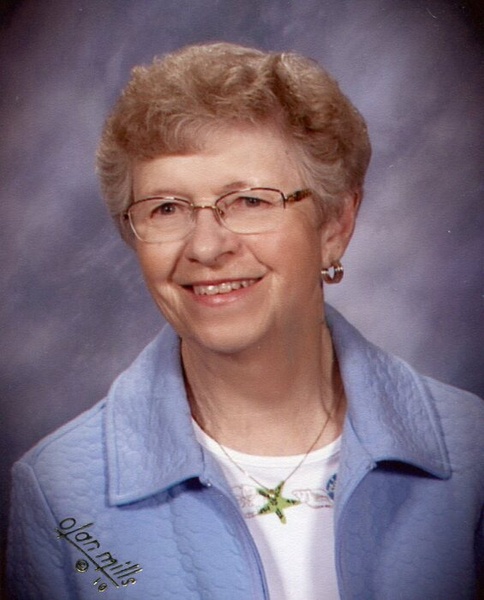 Isy was born on September 4, 1932 to Albert and Amelia (Behle) Beck in Albert Lea, MN.  She attended and graduated from Albert Lea High School.

On October 12,1958 she wed Darryl Lee and they continued to make Albert Lea their home.  Throughout her life she was employed at Freeborn Mower, Electric Cooperative and Clothing Care Center in Albert Lea as an office assistant.  After Darryl’s death in 2008, she moved into Independent Living at Knutson Place. In 2013, she moved to Indiana to be with her special companion, Milt Hatleli, where she lived until she returned to Albert Lea in April 2021 to live in memory care at The Meadows.

Isabel enjoyed watching the Minnesota Twins and a good game of cards. She was a long-time member of First Lutheran Church where she was involved with the Caring and Saving group and the Mission Circle group.  She was also a member of the American Legion Auxiliary.

The Family would like to personally thank the wonderful and caring staff at St. John’s/The Meadows for taking such great care of Isy.  Memorials can be made to the American Cancer Society or First Lutheran Church of Albert Lea, MN.

LIVESTREAM INFORMATION:  For those who would like to participate in Isabel's service via livestream, you can watch the service on Tuesday, October 5, 2021 at 2:00 pm.  It can be viewed by scrolling to the bottom of this page, and "CLICK PLAY" to begin.  Please leave a message of support on our Tribute Wall to let the family know you were able to watch the service.  If you are having troubles with the Livestream, the service will be available to watch later in the day.

To order memorial trees or send flowers to the family in memory of Isabel Lee, please visit our flower store.