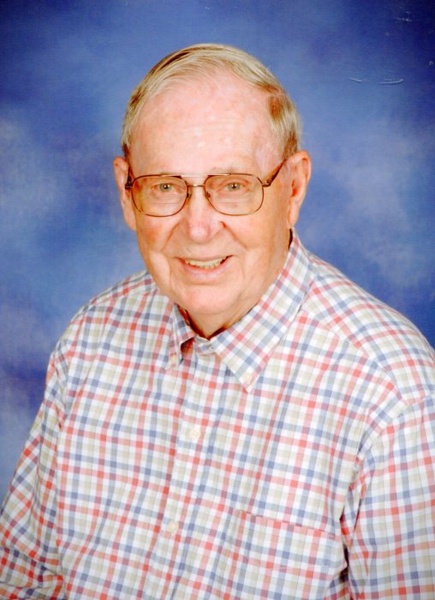 Memorial services for Herbert L. Sorenson will be held at 11:00 AM on Thursday, February 27, 2020 at Ascension Lutheran Church, Albert Lea, MN, with Rev. Mark Boorsma and Rev. Todd Buegler officiating.  Visitation will take place one hour prior to the service.  Interment will be in Lakewood Cemetery. Bonnerup Funeral Service is assisting the family.

Herbert LeRoy Sorenson was born on November 10, 1928 in Albert Lea, MN to parents Carl and Mabel (Frandle) Sorenson.  He grew up in Albert Lea and graduated from Albert Lea High School.  Herb joined the National Guard, and later went on Active Duty as a staff sergeant stationed stateside during the Korean War.

Herb was united in marriage to Jacqueline Recknor, and the couple had one son, Mark.  The couple would later divorce.  Herb would later marry Caroline Boettcher, and would add to his family, thinking of both of Caroline’s two children, Cindy and Gary, as his own.

Herb worked as an Optician in Albert Lea.  Much of his career was spent working at Benson Optical until it closed, where he then worked for Mayo Clinic for several years.  In total, Herb worked over 50 years as an Optician!

He was a member of Ascension Lutheran Church in Albert Lea, and later Trinity Lutheran Church in Owatonna.  The Eagles Club and the American Legion were organizations that Herb was a part of also.  Playing pool was a favorite pastime for Herb, and he was very good at it!  Herb also enjoyed traveling with his wife, Caroline.  The couple had been to every state in the Union – even Alaska, and they spent many winters in Texas and Arizona.  Herb was a quiet, smart, and gentle man that was blessed to have 91 years of life on this earth.

To order memorial trees or send flowers to the family in memory of Herbert "Herb" Sorenson, please visit our flower store.