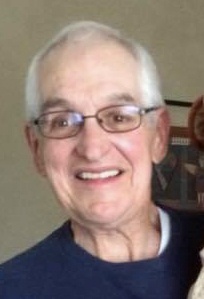 Funeral services for Henry Stephen Seul will be held at 10:30 AM on Saturday, December 15, 2018 at St. Theodore Catholic Church, Albert Lea, MN.  Father Kurt Farrell will officiate.  Visitation will be from 5 – 8 PM on Friday at Bonnerup Funeral Service, Albert Lea, as well as one hour prior to the service at the church.  Burial will be at Hillcrest Cemetery.

Stephen passed away peacefully on Monday, December 10, 2018 at his home in Albert Lea.  He was 69 years old.

Henry Stephen Seul was born on October 19, 1949 in Evanston, IL to Henry and Mary (Karlovic) Seul.  He grew up in Evanston and Northfield, IL, graduating high school from Loyola Academy.  He would attend college at St. Mary’s in Winona, and would graduate From Lea College in Albert Lea.

On September 18, 1971, he was united in marriage to Vickie (Wood) in Albert Lea.  Together, they shared three children. He was very devoted to his faith at St Theodore Catholic Church. Stephen had been employed as a meat cutter at Quality Pork in Austin, MN, and worked part time at Kwik Trip in Albert Lea retiring after 17 years. He was a member of the Albert Lea Moose Club.

Stephen was an outdoor person who enjoyed camping, golf, fishing and just working outside. He loved his time spent with the grandkids, woodworking and whatever was on his “honey do list!” He was an avid Chicago Cubs and Bears fan, enjoyed his walks with his dog, Sugar, was stubborn but was always willing to help others. Stephen was very detailed, caring and loving and was always apologizing even if he did nothing wrong.

He was preceded in death by his parents; wife, Vickie; father-in-law, Vernon Wood; and nephew, Daniel Geyen.

To order memorial trees or send flowers to the family in memory of Henry Stephen Seul, please visit our flower store.