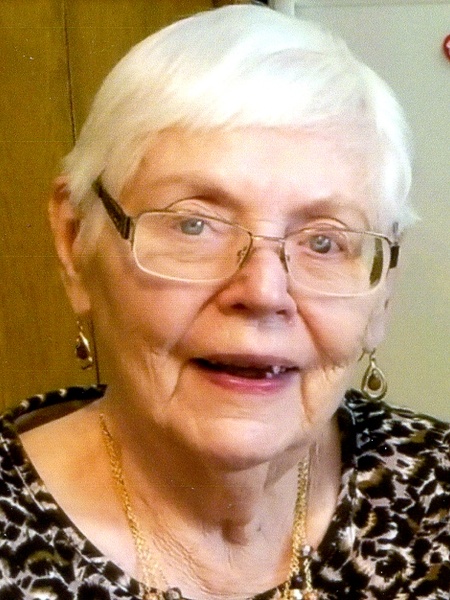 Funeral Services for Helen R. Johnson, of Albert Lea, will be held at 10:30 A.M. on Wednesday, July 3 at Zion Lutheran Church, Albert Lea.  The Reverend Matthew Lehman will officiate. Interment will be in Graceland Cemetery,  Visitation will be from 4-7 on Tuesday at Bonnerup Funeral Service, Albert Lea, and one hour before services at the church. Helen died peacefully on Saturday, June 29, at St. Mary's Hospital In Rochester.  She was 86.

She was born on October 19, 1932, in Albert Lea, the daughter of Ray and Alma (Erickson) Hoffman. Helen graduated from High School and then was united in marriage to Richard W. Johnson on November 11, 1950.   In addition to raising their four children, Kristi, Kevin, Gary and Paul, Helen worked alongside her husband as a bookkeeper at Johnson Heating and Air Conditioning

Strong in her faith, Helen was active in Zion Lutheran Church where she was in the Martha Circle, the church choir, and often served as lector.

Helen had many interests and hobbies. She enjoyed reading, snowmobiling, camping, traveling, following the Minnesota Twins, and an occasional trip to Diamond Jo’s.  Although very humble, Helen was smart as a whip and a whiz at Jeopardy and crossword puzzles. Her greatest enjoyment came from spending time with family and friends.

She was preceded in death by her parents, her husband Richard in 1996, granddaughter Jenna LaPointe and grandson-in-law Todd Schumaker.

Helen was small in stature,  but mighty in spirit and faith.   Blessed be her memory!

To order memorial trees or send flowers to the family in memory of Helen Johnson, please visit our flower store.