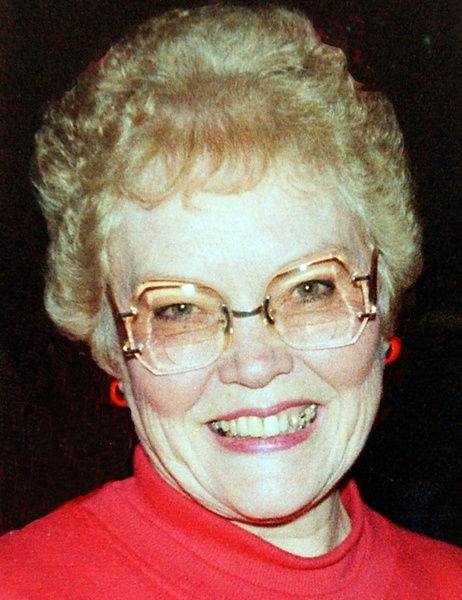 She was married to John David Peterson (Jack) for 61 years before losing him to cancer December 3, 2014.  She is survived by sons David (Sherrie), Greg (Debbie) and Kevin (Joan) and her daughter Kathleen Cameron (James).  She also leaves behind 12 grandchildren and 24 great-grandchildren.

She attended Southern Illinois University as a music major until she left to marry Jack.  She carried a love of singing throughout her life, singing soprano in church and in many community musicals.  She worked in the home raising her family until they were teens and then worked as a school secretary to be home when they were.

She and Jack made their home in Joliet, IL until 2007 when they moved to Clarks Grove to be near their daughter and her family.  Hazel loved her husband, children, grandchildren and great-grandchildren and talked often about her wish that she could see them all together at one time.

She attended FBC Clarks Grove and moved into Thorne Crest Senior Living Community after Jack passed away.  She enjoyed her friends, singing in the church choir and talking with her kids, grandkids and greats who are scattered around the world.

To order memorial trees or send flowers to the family in memory of Hazel Peterson, please visit our flower store.