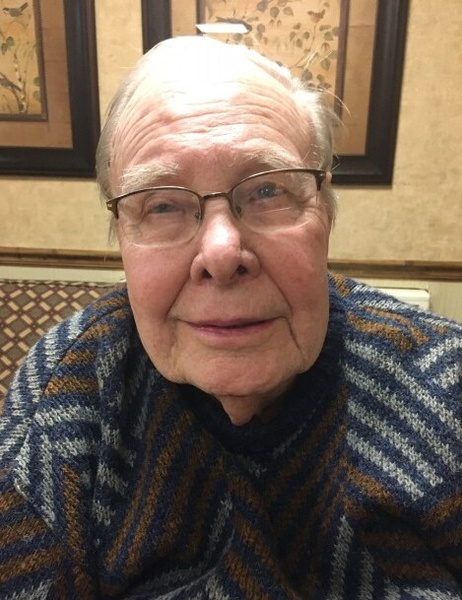 Funeral services for Harold S. Runden will be at 10:30 AM on Friday, June 12, 2020 at the First Lutheran Church, Albert Lea.  Pastor John Holt and Pastor Don Malinsky will officiate.  Visitation will be one hour prior to the service at the church.  Interment will be at Lakewood Cemetery. If attending the church service, please follow social distancing guidelines, and masks are strongly recommended.

Harold passed away peacefully surrounded by his family on Sunday, June 7, 2020.  He was 92 years old.

Harold Stanley Runden was born and raised on the family farm on April 24, 1928 in Hayward, Minnesota to Henry and Hannah Runden. He was baptized and confirmed at Hayward Lutheran Church. The family later relocated to Albert Lea. Harold served in the Army during the Korean War, where he was stationed in France and Germany. On October 18, 1958, he married Dawn Sorenson at Trinity Lutheran Church.

Harold was a member of First Lutheran Church of Albert Lea. He worked for over 40 years and would then retire from Queen Stoves, later Scotsman. Harold loved being in the outdoors and tending to his yard. Harold was an avid Minnesota Twins and Vikings fan. He enjoyed taking family vacations and their favorite place was Branson, MO.

Harold is survived by his daughter, Mary Runden; sisters-in-law, Charlotte Vinge, Phyllis Sorenson and Caroline Sorenson; as well as several nieces and nephews.

The family would like to thank Pastor Holt, Pastor Malinsky, as well as the staff at St. John’s for the loving care and compassion shown towards Harold.

To order memorial trees or send flowers to the family in memory of Harold Runden, please visit our flower store.