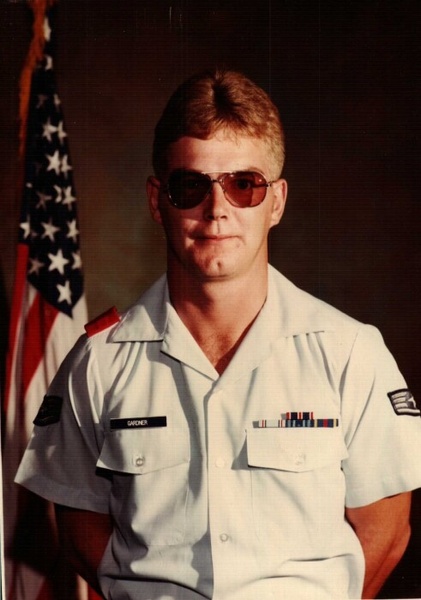 Gregory “Greg” Scott Gardner, Tech. Sgt., Retired, 61, of Shakopee, Minnesota, died Sunday, June 14th, 2020 at home. He was born in Albert Lea, MN., to Frank Eugene Gardner, Jr. and the late Janet Rae (Gries) Gardner. He was a graduate of Albert Lea High School, class of 1977. He furthered his education at University of Minnesota before enlisting the United States Air Force. During his time in the Air Force, he completed one tour of duty during Operation Desert Storm, and ultimately retired after seventeen years of service.

During his early years in the service, he married Rita Eisterhold, the mother of his first daughter. He was later married to Pamela Irene Gardner, who is the mother of his two other children. Greg was an active member and former Commander of the Veterans of Foreign Wars, Post 4046. He was an avid sports fan, and especially loved the Minnesota Vikings, Twins and Nascar. One of his favorite pastimes was spending Christmas with his family in Albert Lea, and playing card games like huckleybuck with his nephews.

To order memorial trees or send flowers to the family in memory of Gregory Gardner, please visit our flower store.