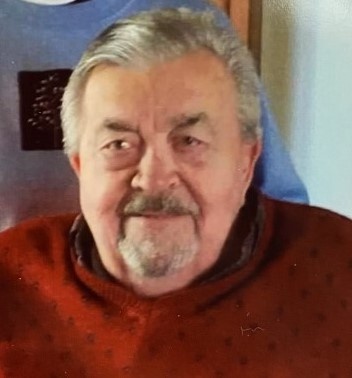 After graduating from Mora, he made his way to Winnebago, MN in 1954 where he met Marilyn Petersen.  They were married in 1956 and celebrated their 65 th anniversary in 2021. Over the next thirteen years the family grew to have five boys. Always introduced by their number, #1- Greg, #2 – Brian, #3 – Kevin, #4 – Tom, and #5 - Mark.  Eventually they decided to settle in Albert Lea, MN in 1962 where they purchased their current house, developed deep roots within the community and currently still reside.

Gordon overcame many of life’s challenges by his dedication to hard work and perseverance.  He was a successful sales professional throughout his life working in many different industries ranging from Fountain Industry, Nordaas American Homes, Four Seasons Coffee and ultimately retiring from Waste Management in 2003.

He was one of the youngest to be elected Past Master Freemason to lead the lodge in Winnebago/Blue Earth, counties.  He had a strong love for the Vikings, who inevitably would always disappoint him.  Also, enjoyed grilling, golfing, playing pool, model railroading and spending as much time outdoors as possible on the patio.  He took great pride in maintaining an immaculate lawn/landscape and appreciated the many compliments he would receive.  And one cannot forget all of his dad jokes that would always achieve the greatest number of groans and eye rolls.

We would like to thank the nurses and entire staff at St. John’s for the incredible care and countless activities they provided him over the last 2 ½ years as those were filled with much joy and happiness.  Especially, the new cross at St. John’s chapel which meant so much to him.

He was preceded in death by his parents, brother and mother and father-in-law.

LIVE STREAM INFORMATION:  For those who would like to participate in Gordon's service via live stream, you can watch the service on Sunday, January 23, 2022 at 2:00 pm.  It can be viewed by scrolling to the bottom of this page, and "CLICK PLAY" to begin.  Please leave a message of support on our Tribute Wall to let the family know you were able to watch the service.  If you are having troubles with the Live stream, the service will be available to watch later in the day.

To order memorial trees or send flowers to the family in memory of Gordon Sorensen, please visit our flower store.