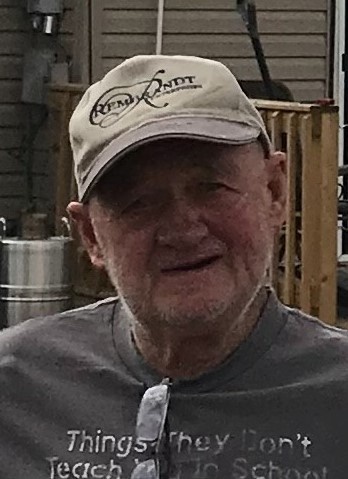 Gerald was born June 10, 1935 in Albert Lea, Minnesota to Harold and Evelyn (Braaten) Gleason. He married Rozella Carlson on March 11, 1954 in Albert Lea and to this marriage four children were born: Mike Gleason, Julie Gleason, Gina Gleason and Scott Gleason.

Jerry enjoyed traveling and camping across the USA. He was a talented wood worker and enjoyed watching his westerns.

He is survived by his children, Mike Gleason of CO, Julie Jacobs of Austin, Gina Flatness of Albert Lea and Scott (Tammy) of MO; numerous grandchildren and great-grandchildren; sister, Linda Golding of TN.

Gerald was preceded in death by his parents; wife, Rozella and brother Robert Gleason.

To order memorial trees or send flowers to the family in memory of Gerald Gleason, please visit our flower store.