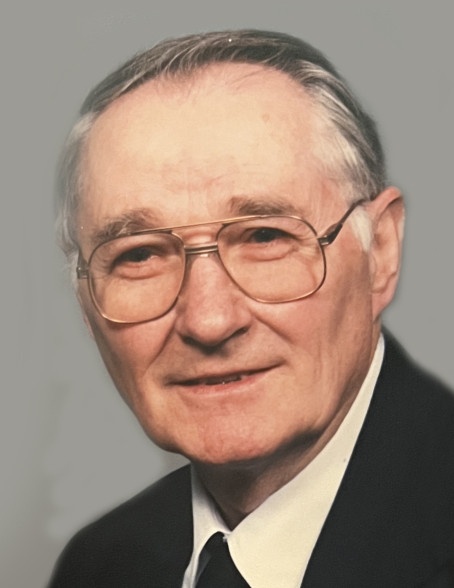 Gene Verl Engel, 88, of Glenville, passed away on Thursday, September 1, 2022, at the Mayo Clinic in Rochester, MN.

Born on November 5, 1933, in Waseca County, MN, he was a son of the late George and Adelheid (Pick) Engel. On June 3, 1956, Gene was united in marriage to Darlene Butler. Together the couple raised three children: Jeffery, Patricia, and Timothy, and shared more than 60 years. Known for his strong work-ethic, Gene worked at Wilson Meats for many years and took pride in his time as a Scout Master and a Sunday School Teacher. Gifted with his hands, he was a skilled woodworker and enjoyed spending time with friends and family.

In addition to his parents, George and Adelheid Engel, Gene is preceded in death by a son, Jeffery Engel; son-in-law, Douglas Albright; a brother, Cleon Engel; a sister-in-law, Barbara Hanson; and a brother-in-law, Earl Butler.

A memorial service will be held at 11:00 AM on Friday, September 9, 2022, at Bonnerup Funeral & Cremation Services in Albert Lea. The family will receive friends at a visitation held one hour prior to the service at the funeral home. Inurnment will be in Graceland Cemetery in Albert Lea.

To order memorial trees or send flowers to the family in memory of Gene Engel, please visit our flower store.