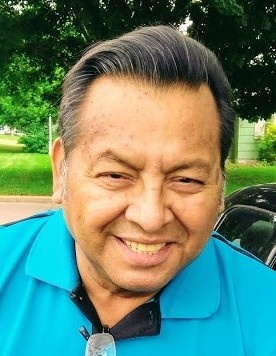 Frank Garcia Hernandez, 71 peacefully passed at St. Mary’s hospital on 5/20/21 due to heart failure surrounded by his family and loved ones; Frank was a fighter until the very end.

Frank was the son of Matias and Esther Hernandez of Winnebago MN, born on July 6, 1949.

Frank was an altar boy, baptized and confirmed at St. Mary’s of Winnebago MN.

Frank married Jeanette Serrano in 1968 and they were blessed with 3 daughters Tracy, Gayla, and Cindy. Frank and Jeanette recently celebrated a marriage milestone of 50 years in 2018.

Frank worked at Queens products for 19 years before Queens closed their doors. In 1970 Frank began his career selling vacuum cleaners with Electrolux. After 15 years of sales with Electrolux as a top salesman, Frank and Jan started their own vacuum sales and service business. Frank was a self-made man, founder and CEO of the Hernandez Vacuum Center, who during the peak of his career owned 7 vacuum stores across southern Minnesota, currently 4 in southern Minnesota and northern Iowa. After countless fair exhibits and home shows Frank became known to many as the “vacuum man”. Frank was a dedicated businessman and loved working with people all walks of life. Frank loved his family, he enjoyed getting together especially on holidays when he was able to have all of his kids, grandkids and great grandkids under the same roof.

A visitation will take place at 9:00 a.m. Thursday, May 27, 2021 at Bonnerup Funeral Service.  Funeral services will start at 10:00 a.m. with Father Kurt Farrell officiating.  Interment will follow at Hillcrest Cemetery.

To order memorial trees or send flowers to the family in memory of Frank Garcia Hernandez, please visit our flower store.