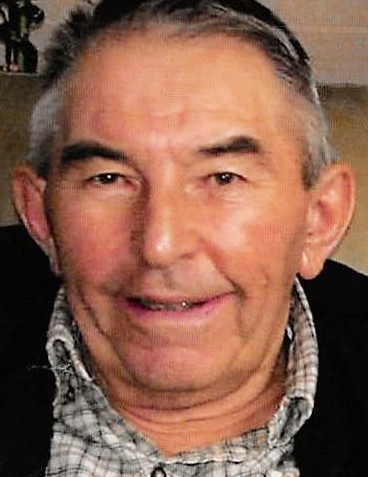 Francis “Pat” Chicos, age 85, passed away peacefully on Friday, September 28, 2018 at St. John’s Lutheran Community in Albert Lea. Pat was born on April 23, 1933 to Thomas and Monika (Giese) Chicos. He graduated from Freeborn High School in 1950. After high school, he worked on the family farm outside of Freeborn until 1957 when he joined the Military Police for the Army and was stationed at Fort Harrison in Indianapolis, Indiana.

While at Fort Harrison, he met and fell in love with Mary Eileen Carr. He and Eileen married on August 16, 1958 in a double wedding with Eileen’s twin sister Kathleen Carr and Thomas Hanley.

After serving in the Army, Pat and Eileen returned to Minnesota in 1959 to take over running the family farm. Pat was a lifetime member of All Saints Catholic Church in New Richland. He served the church as a lector and eucharistic minister in addition to helping with numerous church events and running the Bishop’s Lay Committee for many years.

Pat loved the game of golf. He played on leagues at Oakview Golf Course in Freeborn and at Riverview Golf Course in New Richland. During the winter months, he enjoyed being on bowling league and playing bridge with family and friends. In Pat’s later years he became an avid fan of the Minnesota Gopher Women’s Basketball team and the Minnesota Twins. Pat also supported his community by serving on the Freeborn School Board in the 1980s.

To order memorial trees or send flowers to the family in memory of Francis "Pat" Chicos, please visit our flower store.