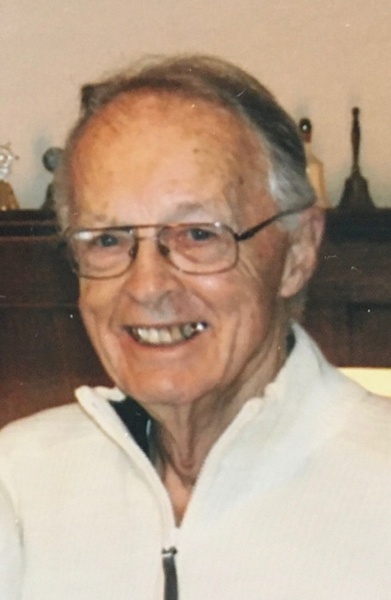 Francis M. Johnson died at his home on August 22, 2020 in Albert Lea, Minnesota. He was 92 years old. Francis was born in Forest City, Iowa to Irene and Telford Johnson on January 1, 1928. He went to country school and Forest City High School graduating in 1945. He then enlisted in the Navy and served for two years in Hawaii. Francis graduated from Waldorf College.

Francis was united in marriage to Marilyn Mathews and they moved to Decorah, Iowa where he graduated from Luther College. He received his master’s degree from Colorado State University in Greeley, Colorado. He taught business courses at the High School level for 20 years. In 1968 the family moved to Albert Lea, MN where he taught at Lea College and Emmons, MN. After that he worked in accounting in Albert Lea until he retired. He enjoyed traveling, camping, and spending time with his family.

The family is having a private graveside service with military honors. Bonnerup Funeral Service is assisting the family.

To order memorial trees or send flowers to the family in memory of Francis Johnson, please visit our flower store.