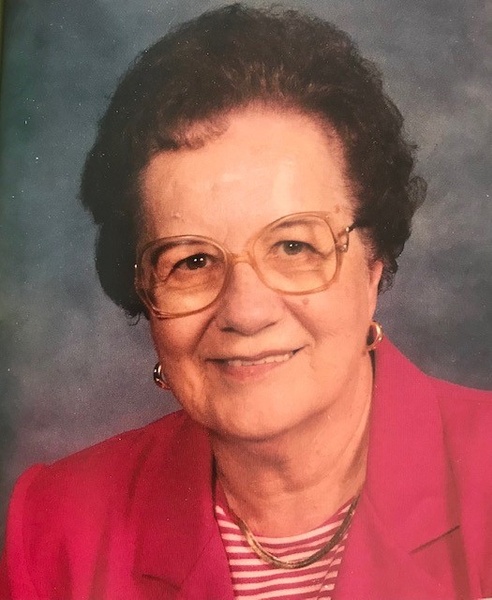 Having lived a full and rich 97 years, Fern Ratigan passed away at home on February 2nd, 2021, with family present. Born March 12, 1923, to Hilbert and Francesca (Kain) Malzahn, near Minnesota Lake, Fern enjoyed a carefree childhood, helping on the family farm, riding horse, playing cards with her siblings, and attending country school just down the road.

After completing school, she worked as a nanny and mother’s helper, as well as a waitress, before marrying the love of her life, David Ratigan. Together, they worked hard establishing a grain and dairy farm operation, as well as raising hogs and chickens. Hired help always loved working on their farms because they could enjoy Fern’s wonderful cooking; from steak and fried chicken to her fabulous homemade pies, no one ever left hungry! Their lives were blessed and centered around their two children, Robert and Karen.

On April 30, 1967, a tornado (Black Sunday) destroyed everything Fern and David had worked so hard for.  Despite David’s life-threatening injuries, they rebuilt their farm and continued to live life to the fullest. Fern started her career in Avon as a way to be with people and combat the depression she felt following the tornado. She went on to win many sales and leadership awards during her 40-year Avon career.

In their retirement, Fern and David loved to travel, enjoying Mexico, Hawaii, Ireland, Spain, Africa, the Caribbean including Haiti and Jamaica, Canada and many sights across the United States. Fern also participated in various social activities: she enjoyed her dear friends in the monthly Birthday Card Club, a couples card group, she belonged to two Red Hat groups, was a member of the Singing Hills Choir of Mankato, Journal partnering with elementary students and was active with Home Extension, helped as a Brownie Scout and 4-H leader, and also participated in many Church Guild activities.

Visitation will be on Friday, February 5th at 9am followed by an 11:00 Mass celebrating her life by Father Brian Mulligan at St Joseph Catholic Church in Waldorf. Rosary will begin Friday at 9:00 am. Burial will follow at St Theodore’s Catholic Cemetery in Albert Lea, Minnesota. Memorials may be given in Fern’s honor to St Joseph Catholic Church, the NRHEG Alumni Foundation Scholarship program, Albert Lea Area Hospice or the donor’s choice.

To order memorial trees or send flowers to the family in memory of Fern Ratigan, please visit our flower store.