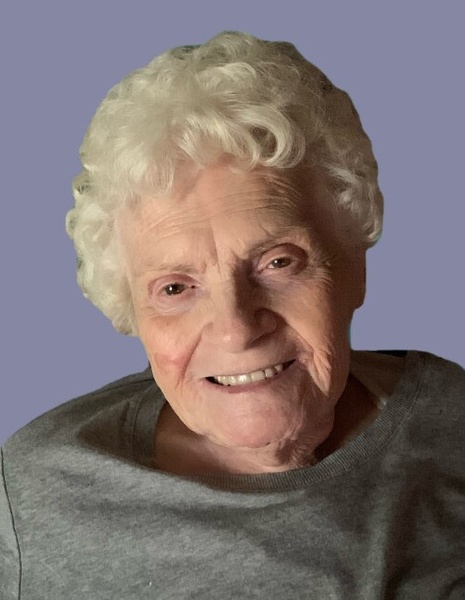 W. Faye Trail was born June 17, 1927, to Albert J and Amy A (Alley) Herrin in Dodge City, Kansas. Faye's father and mother divorced when she and her brother, Leon, were quite young. Faye never talked much about her childhood. Her mother did the best she could to provide for her children as a teacher in small, western Kansas towns you've never heard of unless you watch old Gun Smoke reruns. They were very poor and moved frequently.  Amy kept the kids fed and in church praying and reading the word of God with them. They eventually ended up in Kansas City, KS.  Faye graduated from Washington Rural High School in Kansas City, KS and then attended Bethany College in Lindsburg, Kansas. She graduated with a bachelor’s degree in education and moved back to western Kansas to become a teacher.  She spotted a red headed, young man, Bernard Trail, singing in the choir in Atwood, KS. They dated for several years, two of those years Bernard was in the military and stationed in Germany.  He wrote many letters to her which she kept close to her all her life, along with her treasured bible.  On June 19, 1955, she was united in marriage to Bernard W. Trail.

Faye and Bernard welcomed a son, Rochne "Rocky" Dean Trail, to their family on August 26, 1962; Faye was unable to have children following his birth.  She became a full-time mother at that time. Faye was a faithful wife moving around with the expanding company and job that Bernie had with Gibson Discount Centers. In 1970 they moved back to Eldorado, KS where Rocky had been born. During all the moving they always found a church to attend. When back in Eldorado, First Baptist became their home church and they became friends with Lew and Verletta Schwartz.  Lew and Verletta became spiritual mentors for them, and their love for Jesus and His word grew.

In 1980 Bernie was transferred to Albert Lea, MN.  Faye was Bernie's part time secretary at that time, and in August 1985 they bought the East Side Truck Stop. She worked in the office there for several years and then retired.

Faye enjoyed Trail family reunions and taking trips to see family.  She was a very private person and did not prefer groups of people she didn't know.  She liked being at her home with her family and was especially proud of her grandkids.  Faye was involved in playing the organ – show tunes and such.  She played background dinner music for local restaurants along with several dances and programs for a retiree’s group.  She also had massive flower gardens at home with hundreds of roses, mostly red, her favorite color, as well as a variety of other types of flowers.

Bernie passed away in 2004 and Rocky would visit or call her every day.  Her mobility declined and dementia began to set in.  This was very difficult for her as she was unable to play her beloved organ anymore.  She required more constant care and assistance and moved to St John’s apartments and then into nursing care.  She stayed strong in the Lord with prayer and bible readings to get her through until failing eyesight and dementia made this very difficult.

She loved her family dearly and cherished all the memories throughout the years. While her dementia prevented her from recognizing her family, the love she showed towards those who visited was apparent and was mirrored by those who loved her.

Faye’s family would like to extend a special thank you to the staff at St. John’s Lutheran Community and St. Croix Hospice for their professional and tender care.

To order memorial trees or send flowers to the family in memory of Faye Trail, please visit our flower store.