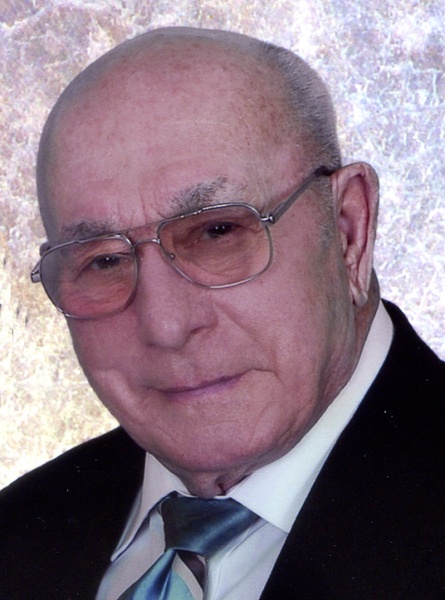 Memorial services for F. Berdell Miller of Freeborn, MN, will be held at 11:00 AM Thursday, August 1, 2019 at the United Methodist Church in Albert Lea, MN. Pastor John Mitchem will officiate. Visitation will be held from 9:30 until the time of service at the church. Interment will be in the Freeborn Cemetery. Berdell died Saturday, July 27, 2019 at the Park View Care Center in Wells, MN. He was 88 years of age. Berdell was born October 3, 1930 in Albert Lea, MN, the son of Fred H. and Doris A. (Schoenrock) Miller. He attended Albert Lea Public Schools. On May 9, 1959 he was united in marriage to Vernell L. Hedensten at the Freeborn Congregational United Church of Christ. Berdell had been employed as a truck driver over a span of 60 years and a member of the Freeborn Congregational Church before joining the United Methodist Church in Albert Lea. Berdell served on the City Council in Freeborn, held his private pilots license, enjoyed tinkering and fixing almost anything and taking care of his lawn. He cherished the times spent fishing with the grandkids and special times with family. Berdell is survived by his wife Vernell of Freeborn, MN, daughters Julie (Rick) Jacobsen of Akron, OH, Sheryl “Sheri” (Dave) Nelson of Brownsdale, MN, seven grandchildren, eight great grandchildren, one sister Barbara Stensrud of Wells, MN, sisters-in-law Carol Miller of Albert Lea, MN, Colleen Stenzel of Wells, MN, brother-in-law Keith Redman of Albert Lea, MN, and numerous nieces, nephews and cousins. He was preceded in death by his parents, brother David Miller, brothers-in-law Kenneth Stensrud, Jake Stenzel, Roger (Marilyn) Hedensten and sister-in-law Delight Redman.

To order memorial trees or send flowers to the family in memory of F. Miller, please visit our flower store.