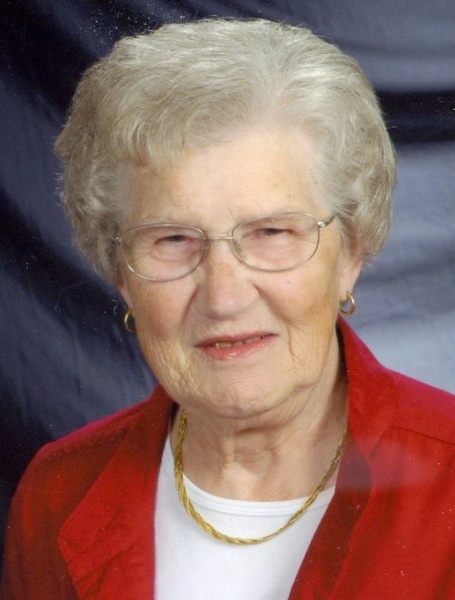 Evelyn was born on April 25, 1927, in Wadena, MN the daughter of Bernard and Bertha (Martin) Hoffman. She attended country school through the 8th grade. She then became nanny/housekeeper for a Wadena attorney, moving into town so she could continue her education, graduating from Wadena High School. She later moved to southern Minnesota, where she lived at the Women’s Club in Albert Lea. Evie met her soulmate Kenneth Toft in September of 1950 and one month later on October 7, 1950, there were married in Albert Lea. They shared 63 beautiful years together, many of them on a farm in rural Ellendale, before Kenneth died in 2013. Evie enjoyed being a farm wife, raising her two boys, working in the yard, gardening, cooking and baking. After retiring, Evie and Kenneth had opportunity to travel and see some of our countries amazing sights. Evie died on Monday, March 16 at ThorneCrest Senior living in Albert Lea. She was 92.

The family would like to extend a special thank you to Evie’s caregivers at Whispering Oaks in Ellendale, Memory Care at Thorne Crest Senior Living Community and Mayo Clinic Health System Hospice-Albert Lea, for the very kind and loving care we all received. Memorials suggested to First Lutheran Cemetery, Ellendale, or donors choice.

To protect the health and safety of all, services are currently being limited as required by state and local authorities and the CDC. Expressions of sympathy during this time can be left on the condolences page available with the obituary on our website.  Check the funeral home website for the latest COVID-19 update.

To order memorial trees or send flowers to the family in memory of Evelyn Toft, please visit our flower store.