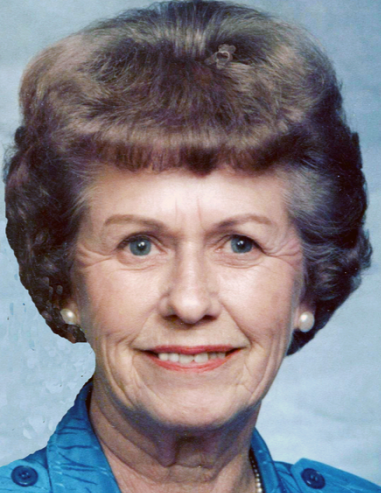 A century of sharing love, compassion, fun and generosity! That is a small part of the large legacy left by Evelyn Sarver Palm who passed away on October 5, 2019, at the age of 102. Funeral Services will be at 2:00 p.m. on Saturday, October 12, 2019, at Bonnerup Funeral Service, with a visitation beginning one hour prior. Reverend Matt Griggs will officiate. Interment will be at Graceland Cemetery in Albert Lea.

Evelyn was born in Georgetown, WI on June 5, 1917, as the second daughter to Rose and Wilmar Sarver. The family grew to five daughters and two sons, surviving many moves and hard times. The children went to country school which included a long walk in bitter winter, carrying lunches in used syrup pails.

High school days were in Milltown, WI where Evelyn lived with a family doing household jobs to pay for her stay. This was difficult work for a young teenager, not allowing any time for fun activities. In spite of little participation, she was proud to be crowned Prom Queen. Making friends easily and staying connected over decades was always one of her strengths.

After graduating from High School, Evie became an apprentice “Beauty Operator” in Luck, WI. It was during this time that she met Lewis J. Palm with whom she dated for three years before marrying in 1940.

Parenting consumed the next many years with the arrival of children: Judy Smith (Dan), Mary Jane Thorson (Steve) and Ron Palm. In 1947, they moved with their young family to Albert Lea, MN. With minimal financial resources, Evie shared her creativity, talents, and generosity by sewing beautiful clothes, preparing wonderful meals, hosting holidays and maintaining a meticulous house.

Evie and Lewie were a team, mostly doing things together while enjoying family and friends. Joy, to both of them, were simple pleasures whether it was a picnic, a dance or a gathering around the table. With the expanding family through later marriages and births, many things remained constant—unconditional love and fairness that was extended equally.

After Lewie’s death in 2002, Evie lived independently in her home until 2013 when she moved to Red Wing, MN where she was surrounded by family.

Memorials may be directed to MCHS, Red Wing Hospice.

To order memorial trees or send flowers to the family in memory of Evelyn Palm, please visit our flower store.