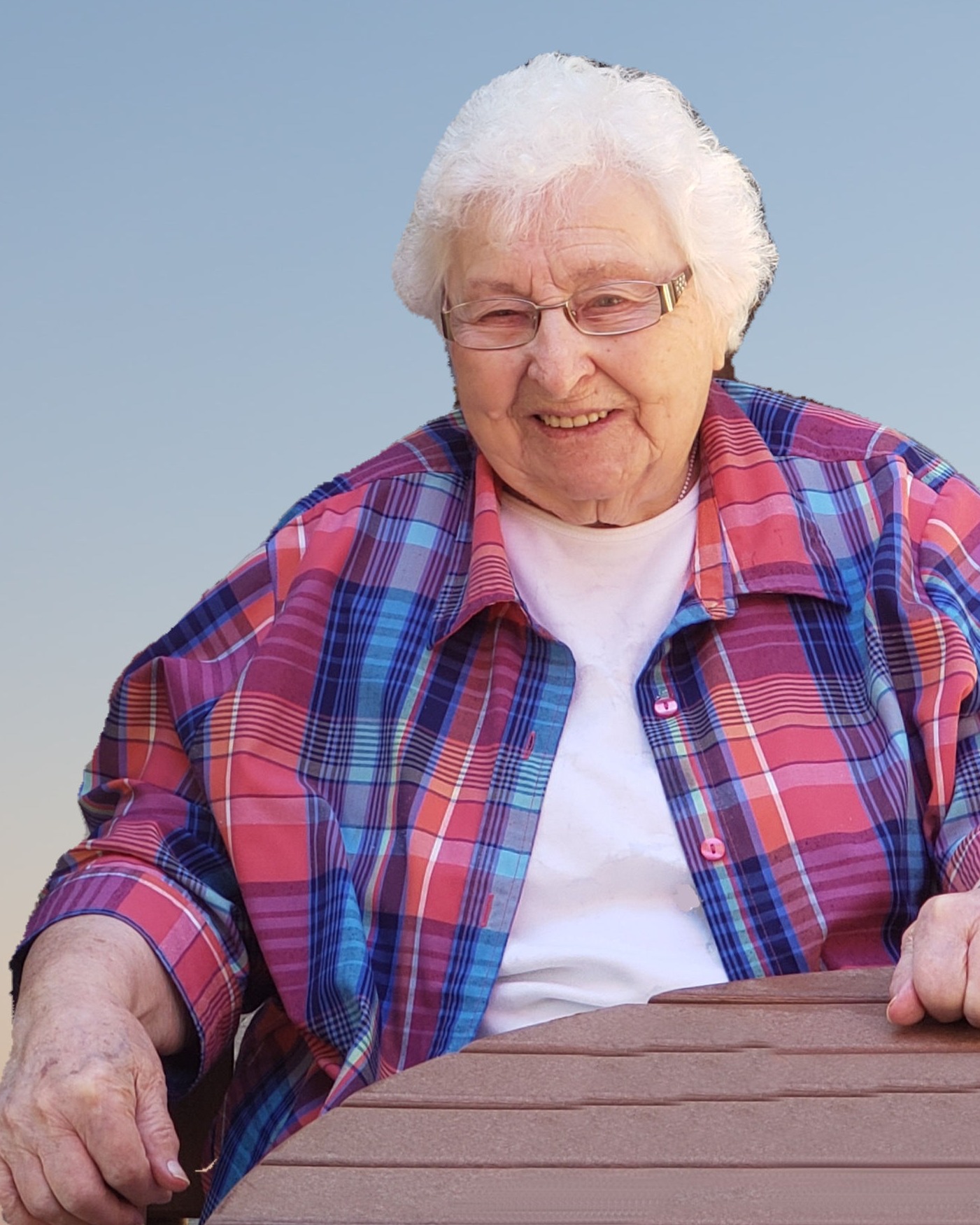 Erma was born on the family farm in Mansfield Township, MN, on December 30, 1922, to Emil John and Emma A. (Drescher) Radke.  She attended the Opdahl School District 74 in Mansfield.

On November 25, 1943, she married Russell F. Nelson and together they farmed on the family farm south of Conger in Mansfield Township. Erma was a helpmate to her husband.  She was a member of St. Paul Lutheran Church in Conger where she taught Sunday School, was a member of WELCA, and held several offices for WELCA.

Erma loved gardening, sewing, and quilting.  She loved and took great interest in the family genealogy.  She also was a volunteer at St. John’s and held an office in the auxiliary and helped with the serving of Aebleskivers for several years.

Erma was preceded in death by her husband, Russell; her parents, and her parents-in-law, and her brothers-in-laws and sisters-in-law.

A memorial service will be held in the summer on June 3, 2023, at Bonnerup Funeral & Cremation Services in Albert Lea.

A special thanks to the staff at Knutson Place and St John's.

In lieu of flowers, any memorial gifts can be made to St. John's Lutheran Home Knutson Place, 901 Luther Place, Albert Lea, MN 56007.

To order memorial trees or send flowers to the family in memory of Erma Edna Nelson, please visit our flower store.