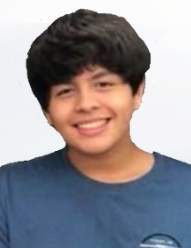 Emmanuel Angel “Manny” Chavez, 16, of Albert Lea, passed away unexpectedly and entered Heaven on Tuesday, July 26, 2022, at his home. He was welcomed into our Savior’s warm embrace.

Born on Friday, September 23, 2005, in Guatemala City, Guatemala, he was the beloved son of Robin Ramirez Chavez, and Troy Chavez and Natalie Lane, both of Albert Lea. Created in God’s image and chosen by his family, Manny was adopted at 18 months. A student at Albert Lea High School, Manny worked as a crew member at McDonald’s and most recently, Qdoba Mexican Eats.

Manny found joy spending time with his friends at the Youth for Christ campus, riding his scooter at the Albert Lea Skate Park, fishing, and cooking, especially fajitas with his homemade marinade. With a smile that lit up a room, Manny will be remembered for his kind and affectionate demeanor, his manner, and his incredible intelligence.

The funeral service for Manny will be held at 11:00 AM on Thursday, August 4, 2022, at the Albert Lea United Methodist Church, with a visitation one hour prior to the service. The family will also receive friends at a viewing to be held from 4-7:00 PM on Wednesday, August 3, 2022, at the church. The service will be live-streamed and can be viewed at: https://boxcast.tv/view/emmanuel-angel-manny-chavez-celebration-of-life-xw5vmeg7tvk8kavs6gw0

In lieu of flowers, memorial contributions may be made to Common Hope, 1410 Energy Park Drive, Suite 4, Saint Paul, Minnesota 55108 to support children and families in Guatemala.
To order memorial trees or send flowers to the family in memory of Emmanuel Chavez, please visit our flower store.