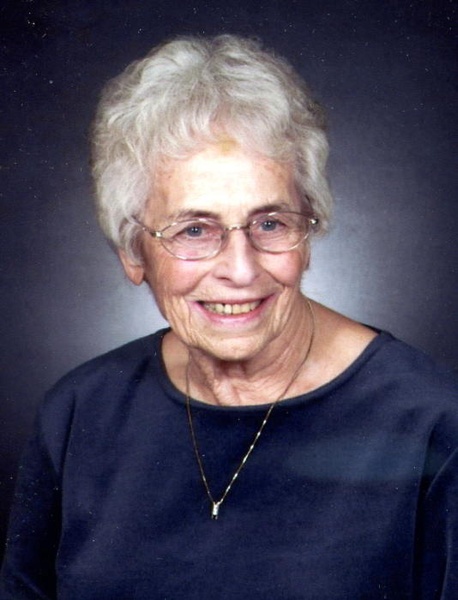 Memorial services for Elizabeth “Betty”  Eleanor (Gabriel) Cashin, of Albert Lea will be held at 10:00 A.M. on Saturday, January 4, at St. Theodore Catholic Church, Albert Lea. The Reverend Timothy Reker will officiate. Interment will be in St. Theodore’s Cemetery. Visitation will be from 4-7 on Friday at Bonnerup Funeral Service, Albert Lea, and one hour before the service at the church.

Betty died on Tuesday, December 31, 2019 at St John’s Lutheran Home in Albert Lea. She was born November 10, 1929, in St. Paul, MN, to Edward and Madeline (Gerke) Gabriel. Her mother died in childbirth and her father re-married two years later to Lucile (Brache). Betty remained the only child in the family.

Betty’s father was a Railway Postal Clerk and therefore, the family moved often. Betty attended grade school in St. Paul, MN and LaCrosse, WI. She attended high school in Winona, MN and then moved to Austin, MN where she graduated in 1947. Betty entered Nurses Training in Rochester, MN and after 2 years returned home to Austin, MN and worked as a secretary in the Hormel Corporate Office. Betty was married to Don Cashin on November 11, 1950 at St. Augustine Catholic Church in Austin, MN. Their lives revolved around a growing family and Don’s career in banking. They were transferred from Austin, MN to Albert Lea, MN, in Don’s banking position in 1953, and in 1981, transferred to Luverne, MN where Don took on the position of President of the bank. Betty was President of the Mrs. Jaycees and President of the Naeve Hospital Auxiliary while in Albert Lea, MN. Betty loved to entertain, she enjoyed cooking, playing the piano, reading and particularly, she loved to knit. She especially enjoyed being home and being involved with their large family. After Don was transferred to Luverne, MN, Betty began knitters group and the four friends enjoyed knitting projects, dinners and traveling together, books and golf. Betty worked as a teacher’s aide at the school, volunteered at the church and she and Don enjoyed hiking and cross-country skiing. Betty and Don enjoyed traveling-there were several trips to San Francisco to visit their youngest son’s family. There were vacation trips to Hawaii, the major one being to celebrate their 40th anniversary with their 7 children and their spouses. Another outing was a mother and daughter trip (with another mother and daughter) for a week in Italy. As a couple Don and Betty made several trips to Arizona to shorten the winters. They had four wonderful trips to Ireland.

To order memorial trees or send flowers to the family in memory of Elizabeth "Betty" Cashin, please visit our flower store.