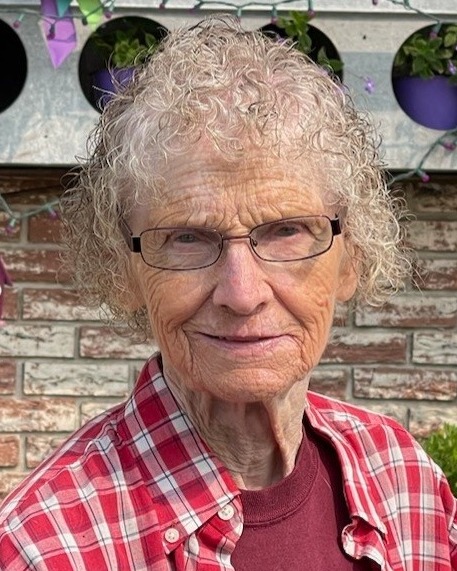 Eldora Jean Johnson, 83, of Albert Lea passed away November 11, 2022 in Rochester, MN with her daughters by her side.

Eldora was born on November 7, 1939 to Ray and Martha (Jensen) Heskett in Albert Lea, MN. On October 10, 1964 in Sioux Falls, SD, Eldora was united in marriage to Norman L. Johnson. They continued to make Albert Lea their home where they raised their children.

Along with raising their children, she worked hard at many places and continued to work up until July 2022 at the Albert Lea Tribune. Some of her favorite past time activities included playing cards, Yahtzee, marbles, word searches, and most recently; being the neighborhood watch. Eldora enjoyed plants, flowers, bird watching, and the outdoors in warm temps. She enjoyed her morning coffee, sweets, her family and furry friends. With her mile long hugs, her “spice” and zest for life, Eldora was known to be authentic and true to herself. Loving and devoted to all; Mom, Grandma, and GG were three of her favorite titles.

Eldora is joining in Heaven, her parents, Ray and Martha; her husband, Norman; and her seven siblings, Cecil, Marvin, Frank, Ellen, Elsie, Evelyn, and Elaine along with many other family and friends.

A service will be held at 12:00PM on Sunday, November 20, 2022 at Bonnerup Funeral & Cremation Services in Albert Lea. A visitation will be held one hour prior to the service.

To order memorial trees or send flowers to the family in memory of Eldora Johnson, please visit our flower store.