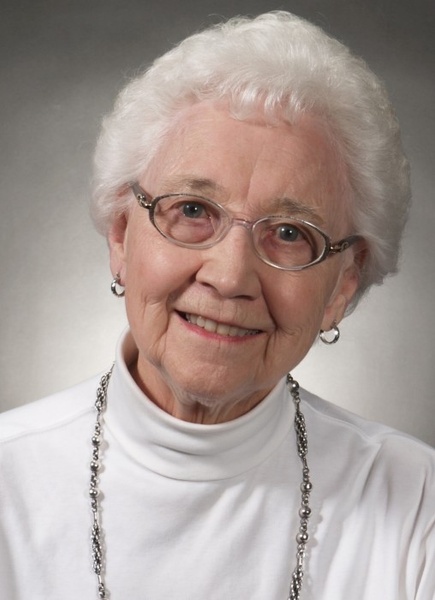 Eileen Lavanda Mork Galloway, resident of Thorne Crest Senior Living Community, died Thursday morning, February 20, 2020 at the age of 98. Eileen was born on April 12, 1921 to Enoch and Alma Olson Mork on the family farm in Clayton County, Iowa. She attended Postville High School, Postville, Iowa, and the American Institute of Commerce, Davenport, Iowa. She wed Eugene Galloway on August 15, 1942 in Seattle, Washington, a 55 year union until Eugene’s death in 1998. A 51 year resident of Omaha, Nebraska, and long time member of Dundee Presbyterian Church, Eileen worked as an executive secretary for the Meyer Children’s Rehabilitation Institute at the University of Nebraska Medical Center, before relocating to Albert Lea, Minnesota. One of an exceptional core of neighborhood founders, Eileen shared in the launch of many great memories on Omaha’s North 75th street. A member of the P.E.O. sisterhood for more than 70 years, Eileen was also an accomplished chef and enjoyed quilting and needlework.

She was preceded in death by her parents, husband Eugene, and sister, Thelma Mork Palmer. A celebration of life will be held in Omaha, Nebraska.

To order memorial trees or send flowers to the family in memory of Eileen Galloway, please visit our flower store.

Family to do services at later date