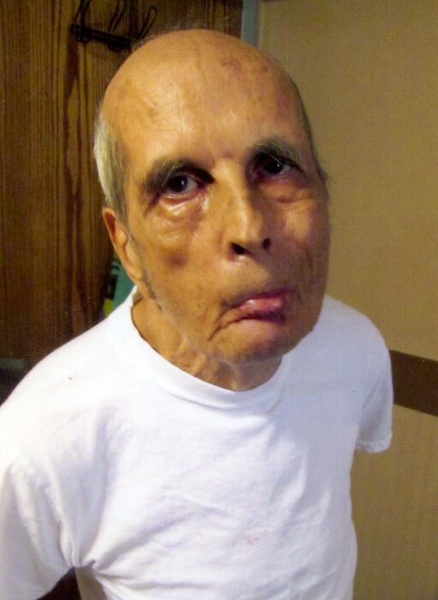 A memorial service for Edward “Ed” Tweed will be held at 11:00 AM on Friday, January 22, 2021 at Bonnerup Funeral Service, Albert Lea, with Chaplain Don Malinsky officiating.  Masks and social distancing are required.  Burial will follow in Hillcrest Cemetery.

Edward J. Tweed was born on January 14, 1942 in Des Moines, IA.  Ed was admitted to the State Hospital at the age of 10.  In October of 1983, Ed was moved to REM Woodvale in Albert Lea, living there for 37 years until his passing.  Most recently, he was living at REM Lakeview, where he was the last surviving of the “#130 Gang.”

Ed worked for over 30 years at Cedar Valley Services.  He was known by Employees as the “Cedar Valley Greeter” because he would sit in front of the lockers and would the first person everyone would see that came by.  This was a little bit ironic, because if Ed had it his way, he would rather be by himself where he wouldn’t have to talk to anyone!  Regardless, Ed truly loved working at Cedar Valley Services.  It gave him routine, repetition, and something to look forward to everyday.

Ed was a simple man that liked his alone time.  He was a man of few words, but he made it clear when he was not happy about some things!  A candy bar, piece of chocolate, or anything sweet would be sure to cheer Ed up!

Ed is preceded in death by his parents.

The REM staff would like to thank the Mayo Clinic Hospice Team for their caring services given to Ed in his last days here on earth.

“People with disabilities lead lives just like everyone else – they laugh, they cry, they love, they dream – just like you!”

To order memorial trees or send flowers to the family in memory of Edward "Ed" Tweed, please visit our flower store.