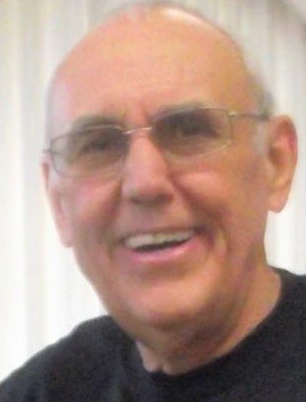 Ed was born on March 24, 1942 to Edward & Ellen Mikulich in Moose Lake, MN but called Aurora, MN his hometown. He was a proud Iron Ranger maintaining a strong connection to Aurora his entire life. All around the Range he was known as Butch Mikulich. He graduated from Aurora-Hoyt Lakes High School in 1960 and Bemidji State in 1965. He later earned a Master’s Degree and completed additional graduate work at Mankato State University, all in the field of education. Ed and Karin Soderholm were married on July 30, 1966 and have lived in Albert Lea ever since.

Mr. Mikulich, as the students knew him, taught 6th grade in Albert Lea for 34 years, first at Halverson and then Brookside. He also coached and refereed football, basketball, and softball as well as fundraised and chaperoned trips as an AL Marching Band Booster. Ed was an active member of the Albert Lea Education Association, the regional Southcentral Uniserve Board, and the MN Education Association where he worked for educator’s rights and benefits. He served on and chaired several committees but found his strengths in negotiations. Retiring in 1998, Ed left an impact on thousands of students and educators. However, retirement didn’t stop Ed. He served on many boards and committees in two organizations for retired educators (Education MN Retired and Retired Educators Association of MN.

He was also active in the community as a member of the Elks, Eagles, and Moose service clubs as well as the United Way. He always found time to work for the betterment of the community. Whether you were a student, a colleague, or a committee member, you remember the unmistakable, unforgettable, booming voice in the hallway, classroom, or boardroom of Mr Mikulich.

Networking, BS-ing, chatting, whatever you want to call it--Ed was a people person. He liked to talk and be with people. He talked to everyone. Opinionated yet accepting, he was always up for a debate or conversation. He joked and teased everyone. It was how he showed that he liked you and that in his book, you were OK. And, man, was he quick witted! Quick with a jab, quick with a smile, quick with a joke, quick with a laugh.

Ed played, coached, and was a true fan of sports. As a coach, he was tough. He pushed his players to be their best, to play past their potential, and to be better than they thought they could be. Coaching was an extension of teaching for Ed. In coaching, he taught life lessons and impacted young athletes' lives. Whether it was the AL Tigers, MN Vikings, UMD Bulldogs, UM Gophers, or Superior Spartans, he supported and followed them all, regardless of the sport. You would rarely see him without a sweatshirt or a t-shirt supporting something.

Family came first for Ed, always taking care of everyone--his wife and children, his grandchildren, his brothers and sisters and their spouses, his nieces and nephews, his cousins - everyone. Ed spent many weeks of each summer up north at ‘The Cabin’ on Twin Lakes outside of Aurora, MN. Fourth of July and Thanksgiving were two holidays that Ed was in his glory surrounded by our very large and loud family at the cabin. There was no shortage of family get-togethers. Ed loved taking vacations where he and Karin, and their three kids and families spent time and made memories together. He and Karin enjoyed traveling all over during retirement. And in true Ed-fashion, he talked to everyone, making friends along the way, throwing in a joke, a jab, and a smile.

Memorials suggested to the Education Foundation of Albert Lea -  https://aledfoundation.org/.

We invite you to come to the Hammer Complex in Albert Lea from 1:30 P.M. – 4:00 P.M. on Saturday, August 29, to visit with family and celebrate the life of Edward Mikulich.

To order memorial trees or send flowers to the family in memory of Edward Mikulich, please visit our flower store.