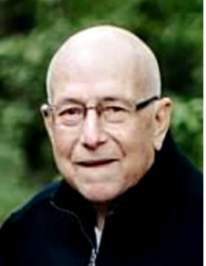 Ed was born on March 27, 1940 in Lake Mills, IA to John and Henrietta (Wangsness) Anderson.  The family moved, and he graduated from Ellendale High School.  On November 29, 1958, he married the love of his life, Katharine F. Hansen.  The two moved to New Richland in 1963 and raised three children:  Randy, Gary, and Marcia.

Ed spent his professional life as a meat cutter.  After retirement, he worked at the Riverview Golf Course and Morgan Meats in New Richland.  He was a member of Trinity Lutheran Church.

In his spare time, Ed enjoyed hunting, fishing, cooking, canning, playing Farkle with his wife, gardening, going for drives over to the river, and bus trips.  He loved spending time with his family.  Time spent with his grandchildren and great-grandchildren brought a sparkle to his eye.

Ed was preceded in death by his parents; his sisters and their husbands, Grace (George) Lundberg and Eloris (Virgil) Worke; and his brother and his wife, Ardell and Polly Anderson.

Services will take place at a later date due to COVID restrictions.

To order memorial trees or send flowers to the family in memory of Edward Anderson, please visit our flower store.