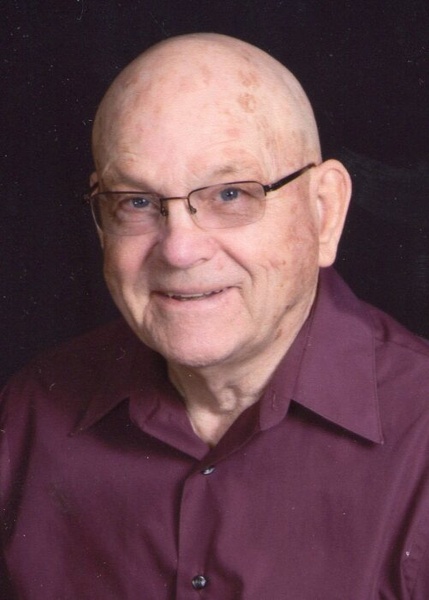 Earl was born on March 21, 1932 to Sophus and Eleanor Colstrup in Albert Lea, MN.   Following his graduation from Albert Lea school in 1950 he enlisted in the Air Force where he was stationed at Patrick Air Force Base, Florida until 1953.

He married Rosemary Raben on August 12, 1956 and they just recently celebrated their 65 th Anniversary.   They made the Raben/Colstrup farm their home for over 60 years where they raised their two daughters, LeAnn and Nancy and farmed.  Earl was an avid fisherman and enjoyed 20 years of fishing in Canadian waters.  He especially enjoyed his time fishing with his grandchildren.   Earl was a member of Ascension Lutheran Church in Albert Lea, MN.

A special thanks to the Mayo Clinic Hospice Staff for the care and compassion given to our father.

A visitation will be held on Friday, October 29 from 6:00-8:00 p.m. at Bonnerup Funeral Home, Albert Lea, MN.   A graveside service will be held at a later date.

To order memorial trees or send flowers to the family in memory of Earl Colstrup, please visit our flower store.