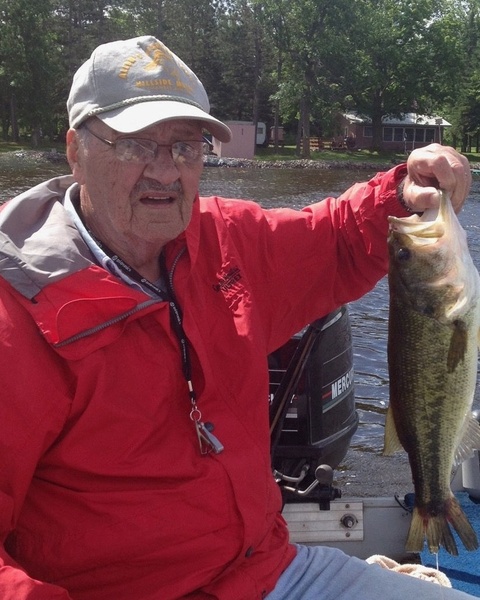 Doyle L. Lammey, 90, of Albert Lea, passed away unexpectedly on Friday, September 30, 2022 at the Mayo Clinic in Rochester, MN.

Born on June 1, 1932, in Adams, NE, he was a son of the late Harry and Henrietta (Shoemaker) Lammey. Doyle grew up in Newton, IA, and proudly joined the Navy following his high school graduation. On September 1, 1955, in Pella, IA, Doyle was united in marriage to Eileen “Joyce” Pertersma. Together the couple shared 64 years and raised three sons: Michael, Mark, and Steve.

Through his work as a Regional Manager for Maytag, Doyle and his family lived in various places throughout the country before calling Albert Lea “home” in 1972. A talented marksman, Doyle was a longtime member of the Oak Grove Gun Club and served as a volunteer firearms safety instructor for 25 years. He enjoyed hunting, and fishing on Gun Lake with his son, Michael, and watching sports; with his favorites being the Minnesota Vikings, Twins, and the Timberwolves.

Left to cherish Doyle’s memory are two dedicated sons, Mark Lammey, of Albert Lea, and Steve Lammey, of Apple Valley; a grandson, Kelvin Bahr; and a brother, Richard Lammey, and his wife, Wanda. In addition to his parents, Harry and Henrietta, Doyle is preceded in death by his wife, Eileen “Joyce” Lammey; a son, Michael Lammey, and a brother, Paul Lammey.

A memorial service will be held at 11:00 AM on Friday, October 7, 2022 at Bonnerup Funeral & Cremation Services in Albert Lea. The family will receive friends at a visitation one hour prior to the service at the funeral home. Inurnment will be held in Graceland Cemetery.

To order memorial trees or send flowers to the family in memory of Doyle L. Lammey, please visit our flower store.