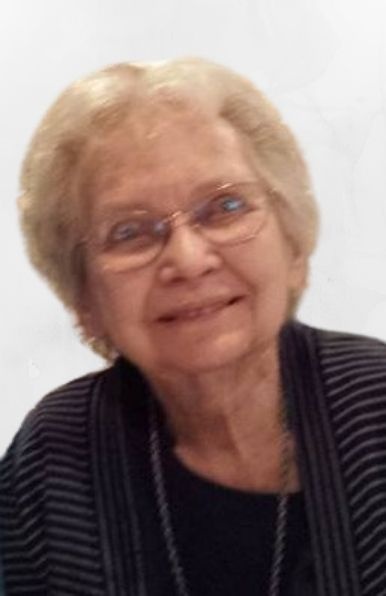 Donna Jean Heilman, age 93, died peacefully on January 13, 2021 from the effects of COVID-19 at St. John’s Lutheran Community where she had been a resident for the past 4 years.

A private family service will be held, followed by interment at Graceland Cemetery in Albert Lea.

The family asks that memorials be directed to the Peace and Power program at First Lutheran Church or to donors’ choice.

She was born on November 26, 1927 to Irvin and Florence Hanson in what was the village of Sigsby in Freeborn County and grew up in Hayward, Minnesota. After graduating from Albert Lea Senior High School she worked at secretarial jobs until her marriage to Dale Heilman on June 13, 1948 at Hayward Lutheran Church.  They then spent the rest of their married life in Albert Lea, where, as a stay-at-home mom she helped raise their four children.  Donna was an active, devoted member of First Lutheran Church and her mission circle and taught Sunday school.  She and Dale belonged to two card clubs and developed many friendships that lasted their entire lives.  Later in life she learned how to golf and bowl, and traveled extensively with Dale, often with an assortment of friends.  But most of all, Donna was devoted to her family, planning gatherings for birthdays or holidays. Christmases were very special for her, when her Norwegian heritage was ever present.  In her later years Donna suffered from the effects of macular degeneration, which ultimately forced her to give up driving, playing cards and reading.  And after Dale’s death in 2016 she frequently expressed her loneliness without him, but she never let it get her down to the point of not relishing the company of her family and friends and living life as fully as her condition would allow.

To order memorial trees or send flowers to the family in memory of Donna Heilman, please visit our flower store.