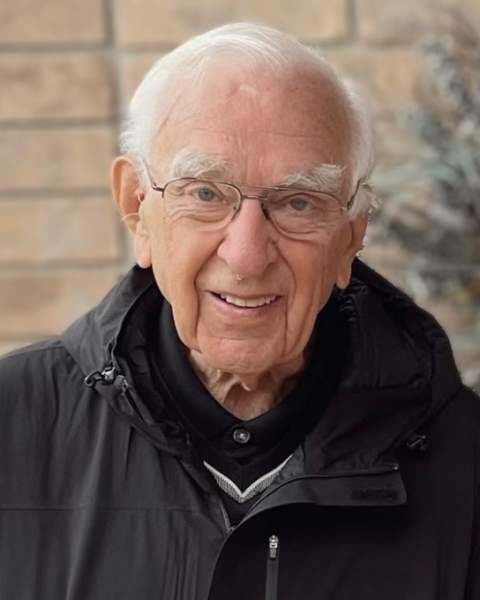 Donald John Entwisle, 91, of New Richland, MN, passed away peacefully at his home on November 11, 2022, surrounded by family.

Don was born to Richard and Cecelia (Reckers) Entwisle in Sioux City, IA on May 13, 1931.  He attended school in Adrian, MN at St. Adrian’s Catholic School.  After graduation, he attended South Dakota State College where he obtained his degree in Pharmacy in 1953.

Don was united in marriage to Arlis Johannsen on August 11, 1953, and they were happily married for 69 years.  Don spent two years in the United States Army.  He and Arlis spent the first year in California before Don was deployed to Korea.
Upon his return, Don and Arlis bought the drug store in Dell Rapids, SD, where they lived for 10 years.  In 1966, they purchased New Richland Drug and made New Richland, MN their home for 17 years.  In 1983, Don and Arlis retired and moved to Bella Vista, AR, where they spent 39 years before moving back to New Richland in May of 2022.

Don was passionate about spending time with his family.  When he wasn’t working at the drug store, he could be found on the golf courses, spending time at the lake, and watching sports.  He and Arlis made many trips from Arkansas to Minnesota to watch their grandchildren in their sporting events.

Don was preceded in death by his parents, father-in-law and mother-in-law, Henry and Lorna Johannsen; an infant daughter, Cheryl; a brother, Vernon; a grandson, Bryan Kormann; and several bothers-in-law and sisters-in-law.
The family wants to thank Allina Hospice for their compassionate care of Don and support they offered the family in the final stages of his illness.

Memorial Mass will be held at 10:30AM on Wednesday, November 16, 2022 at All Saints Catholic Church in New Richland, MN. The family will receive friends at visitations to be held from 4-7:00PM on Tuesday, November 15, 2022 at Friedrich’s Funeral Home in New Richland and one hour prior to the service at church. Inurnment will he held in Calvary Cemetery.

Memorials in honor of Don will be given to the Calvary Cemetery Perpetual Fund.

To order memorial trees or send flowers to the family in memory of Donald Entwisle, please visit our flower store.