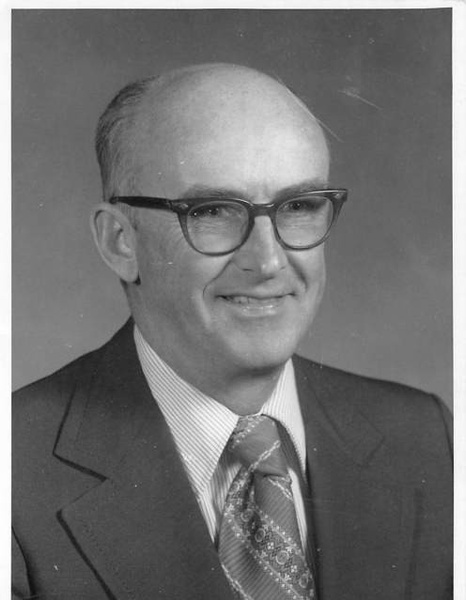 Donald Phillip Chryst, age 93, of Albert Lea, passed away on Saturday, November 2, 2019.  A Celebration of Life will be held on Wednesday, November 13th, 2019 at 10:00 AM at Bonnerup Funeral Funeral Service, 2210 East Main Street in Albert Lea, Minnesota, with Reverend Dwight Netzer, officiating.  Visitation will begin one hour prior. Following the service, please join the family at the Bonnerup Reception Room for cake and fellowship. A Private Family Inurnment will take place at Graceland Cemetery in Albert Lea.

DONALD PHILLIP CHRYST was born July 2, 1926 in St. Croix County, Wisconsin, the son of the late Harold and Gladys (Jiles) Chryst.  He was raised and received his education in Burkhardt, Wisconsin, having been a graduate of Hudson High School, Class of 1944.

He was a Veteran of World War II, having served one enlistment in the United States Army, until receiving his honorable discharge at the rank of Private First Class.  Following his discharge, Don journeyed to Alaska, where he had a brief stint in mining gold.

Don was united in marriage on his 29th birthday to Shirley Grace Fleming on July 2, 1955 in Garden City, Minnesota.  They celebrated their 64th Wedding Anniversary this past July.  Following their marriage, they made their home in Albert Lea.

He began his 40-year career with Bell Telephone Company in the Albert Lea/Glenville area, until he retired.

Don and Shirley had four children, but Don and his soft heart, was known to take on a fatherly role for children within his community that may have needed a little extra help or a little more love.  After tensions of the Cold War began dissipating, Don traveled to Russia with friends, exchanging culture and making life long connections.

He was a longtime member of the First Presbyterian Church in Albert Lea.  Generous with his time and resources, Don supported his community in incalculable amount of ways, including involvement in several volunteer organizations.  They would include the Young Republicans, Kiwanis, Y’s Men International and the Audubon Society. He helped to deliver Meals On Wheels, ran the conservation building at the fairgrounds, read to children at various childcare centers, was a mentor with Americorps and volunteered with Freeborn County ride service.  In 2007, he was presented with a regional award, the Jefferson Award in Washington D.C. for his excellence in community service.

Among his special interests, he enjoyed tending to his tree farm and finding solace in nature, as he spent time in the cabin he built.  Don will be remembered by those who knew him as a remarkable man, an extraordinary father and the epitome of a good neighbor.

Don was preceded in death by his parents, Harold and Gladys Chryst; his siblings, Clayton, Mary, Eleanor and David and his son, Randy in 2018.

Also surviving are his five grandchildren, Sarah (Eric) Schmidt and their daughters, Alyssa and Katelyn; Mark (Katie) Chryst and their sons, Emmett and Declan; John Chryst, Emily Chryst and Daniel Chryst and many nieces, nephews and extended family.

The family suggests that remembrances may be contributions to the Albert Lea Audubon Society,  info@albertleaaudubon.org, in his memory.

Bonnerup Funeral & Cremation Services in Albert Lea is entrusted with the arrangements.

To order memorial trees or send flowers to the family in memory of Donald Chryst, please visit our flower store.