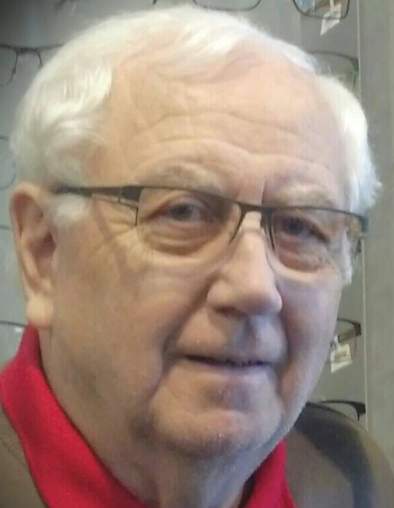 Davis “Dave” Carlyle Gilbertson, age 79, of Albert Lea, passed away on Wednesday, October 30, 2019, surrounded by his loving family. Memorial Services will be at 11:00 a.m. on Monday, November 4, 2019, at First Lutheran Church in Albert Lea. Reverend John Holt will officiate. Final Disposition will occur on a later date. Visitation will be at Bonnerup Funeral Service from 3:00 – 5:00 p.m. on Sunday, November 3, 2019, and one hour prior to the services at the church on Monday.

Dave, son of Elmer and Esther (Erickson) Gilbertson, was born on the family farm in Winneshiek County, IA, on March 27, 1940. He was baptized and confirmed at Burr Oak Lutheran Church. He attended school in Canton, MN, and graduated from Central High School in Madison, SD, in 1958. He enrolled in Luther College in Decorah, IA, and graduated from Winona State College in 1962. On June 10, 1967, Dave married Julie Risdal at Bergen Lutheran Church in Roland, IA.  Dave had a long career of teaching and coaching. He taught in Chatfield, MN, and Albert Lea for 35 years, retiring in 1997. He was a basketball, football, and track coach, and retired as Director of Basketball Operations in 2010. In 2019, Dave was inducted into the Minnesota Basketball Coaches Association Hall of Honor.

Dave played fast pitch softball throughout Southern Minnesota for over 35 years and was elected to the Freeborn County Fast Pitch Softball Hall of Fame in 1994, as well as the Minnesota Softball Hall of Fame in 2016.  For many years, Dave umpired baseball and softball games. He was a fan of all Iowa athletic teams including the Hawkeyes, Cyclones, and Panthers, and attended the Drake Relays for many years. He was a color commentator for local football and basketball games on KATE Radio and a PA announcer for local baseball teams.

Dave was an active member of First Lutheran Church in Albert Lea, serving as an usher, on the pastoral call committees, on the Social Ministry Commission, and on the church council. He also served on the Albert Lea Parks and Recreation Board and the Freeborn County Historical Society. Dave loved attending his grandchildren’s sporting events and musical activities. He was especially proud of taking his family on a trip to Norway and Iceland in 2017.

Dave is survived by his wife, Julie, of Albert Lea; daughter, Amy, of St. Paul; and son, Chris (Rachelle) and their children: Mason and Carlee, of Lakeville. He is also survived by his brothers, Wayne (Barbara) Gilbertson and Les (Beverly) Gilbertson; brother-in-law, Ron (Sandy) Risdal; sister-in-law, Barb (Howie) Larson; and many nieces, nephews, cousins, and extended family.

Dave was preceded in death by his parents and an infant brother.

To order memorial trees or send flowers to the family in memory of Davis "Dave" Gilbertson, please visit our flower store.