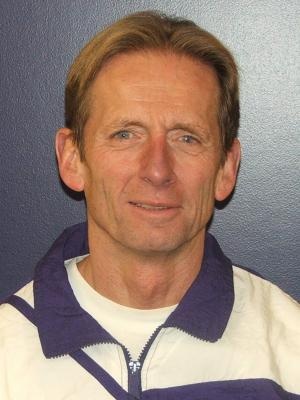 Born on Staten Island, NY he was the son of the late Lynnard and D. Gurneth Herrington. He was raised and attended schools in Oceanside and Delmar, NY. After graduating from Bethlehem High School, he earned his B.S. and M.S. degrees in Physical Education and Health from Lea College and Springfield College. His lifelong love of coaching spanned over 35 years and lead him to coaching Track and Field at Hartwick and Union Colleges, and at the University at Albany, NY. After retiring and relocating to Albert Lea, Minn he found a home for his passion as a volunteer coach for the Albert Lea High School Track and Field team. He was a member of the Albert Lea YMCA, where he was working to develop a children’s track and field program. David helped train hundreds of athletes and helped them to attain their highest level of performance. All who were coached by him could see he was clearly born for this job.

Besides coaching, David was also a devoted Certified Financial Planner with Capital Financial Planning in Albany, NY and helped many clients and friends achieve their financial goals for nearly 25 years.

In his spare time, David was the proud owner of a 1964 Corvette, owned since his college days. He was working towards completing a complete restoration and few things brought him more joy than his “Vette!”

David always spoke of his loved ones and referenced how his parents helped prepare him to live his life. He was also greatly influenced by his college coach “Frosty.”

A family service in New York will be planned for a later date.

To honor David, please make a donation in his honor to one of the following programs:

To order memorial trees or send flowers to the family in memory of David Herrington, please visit our flower store.