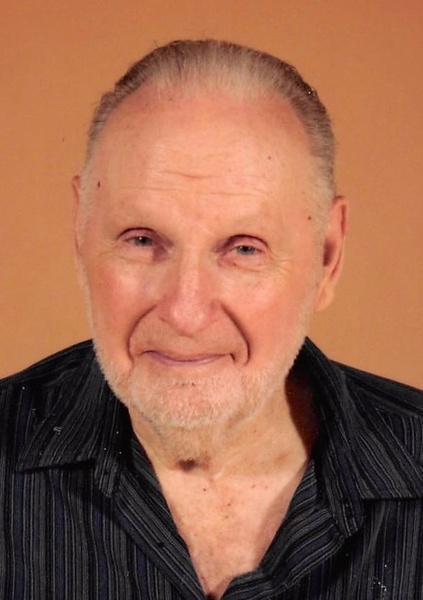 Funeral services for David J. Johannsen will be held at 10:00 AM on Saturday, September 8, 2018 at St. Theodore Catholic Church, Albert Lea, with Father Kurt Farrell officiating.  Visitation will be one hour prior to the service at the church.  Burial will be in St. Theodore Cemetery.

David J. Johannsen was born on April 30, 1940 in Lyle, MN to John and Marjorie (Ayers) Johannsen.  David was the youngest of six children, and was raised in Lyle.  After graduating from High School, David enlisted in the United States Army, where he served his country for two years until his honorable discharge.  David returned to Freeborn County where he was employed by the Minnesota DOT as a highway maintenance worker and heavy equipment operator until his retirement in 1986.

On December 5, 1981, David was united in marriage to Patricia J. (Stephan) in Albert Lea, Minnesota.  The couple were members at St. Theodore Catholic Church.  He was also a past member of the Eagles and Sons of American Legion Club.

In his earlier years, David enjoyed helping his sons in Cub Scouts and Boy Scouts.  He enjoyed fishing, camping, and being outdoors with his family.  He also loved working on cars, restoring lawn tractors, going to tractor pulls, playing guitar, and giving his grandchildren rides on the Gator.  Family vacations were a favorite past time of David’s.  Favored trips included taking the family to South Dakota and New York, going to visit family in places like Idaho, Washington, and Michigan.  And he enjoyed going to watch the grandchildren; always cheering them on in sporting and school events.  David was a volunteer for many different places.  He mowed the St. Theodore Cemetery for almost 9 years and was a Shop Steward for 14 years for Local #106 for the AFL-CIO, where he also served as Vice President for 8 years.

He is preceded in death by both parents; John and Marjorie; mother and father in-law, Henry and Florence Stephan; a brother, Richard; sisters, Alice (Harlan) Schultz and Fern (Roy) Muckey; and brothers in-law, Merle Hobbs and Don Ziegler.

The family would like to extend their deepest gratitude to the Albert Lea Hospice Program and staff for their tireless support over the past few weeks.

To order memorial trees or send flowers to the family in memory of David Johannsen, please visit our flower store.