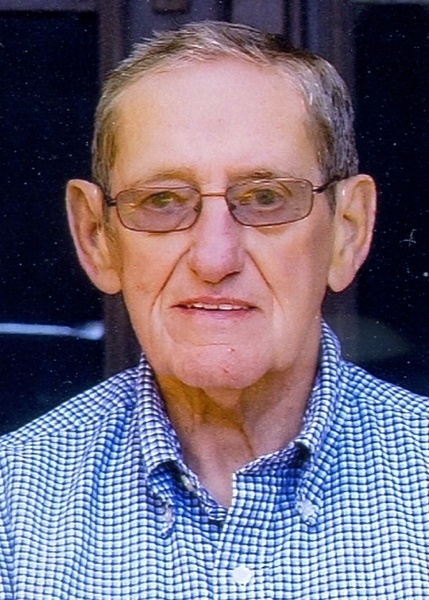 David Buhs, of Rochester, passed away on Saturday, September 8, 2018 at the age of 75. Memorial services will be held on 11:00 A.M. Thursday, September 13, at Bonnerup Funeral Service, Albert Lea, followed by interment at Graceland Cemetery. The Rev. Bill Meiers of Hosanna Lutheran Church, Rochester, will officiate. Military Honors will be accorded by the Albert Lea Veterans’ Organizations. Friends may visit one hour before services at the funeral home. David Loren Buhs was born November 28, 1942 in Fort Dodge, Iowa to Heio and Maxine Buhs. He grew up in Palmer, Iowa and graduated from Palmer High School in 1961. He then went to college in Storm Lake, Iowa graduating from Buena Vista University in 1965 with a degree in accounting. He spent 7 years in service to his country in the Air National Guard from 1965-1972. On November 6, 1966 he married Connie Louise Schossow in Fonda, Iowa. This union was blessed with two children, Chad and Marla. In high school Dave participated in baseball, basketball, track, boys and mixed chorus, he was also President of his senior class. During his working years he played fast and slow pitch soft ball, golf, and enjoyed hunting and fishing, especially trips to Northern Minnesota and Canada. He was also an avid fan of the Minnesota Vikings, Twins and Iowa Hawkeys. Dave worked for several companies during his career in both the finance and accounting area. These include Land O’Lakes in Fridley and Albert Lea, Freeborn Foods and Freeborn County Department of Human Services, both in Albert Lea. From 1976 – 2014 David and Connie resided in Albert Lea, MN. In 2014 they moved to Rochester, MN to be closer to family. Dave was a past member of the Jaycees, Moose Club, Trinity Lutheran Church, Grace Lutheran Church and delivered Meals on Wheels in Freeborn County. Presently, he was a member of Hosanna Lutheran Church in Rochester and the Albert Lea American Legion. He is survived by his wife Connie Buhs of Rochester, MN; Chad and his wife Elaine Buhs of Mankato, MN; daughter Marla and husband Chris Burkhart of Rochester, MN. Three grandchildren, Marlee and Jerrid Buhs of Mankato and Noah Burkhart of Rochester. He is also survived by his brother Dan and his wife Betty Buhs of Ackley, Iowa; brothers-in-law and sisters-in-law Richard and Judy Wessels of Manson, IA, Paul and Marcia Anderson of Surprise, AZ, Steve and Tricia Schossow of Garwin, IA, Rueben and Leslie Madrigal of Omaha, NE; many nieces, nephews, extended family and friends. David was preceded in death by his parents Heio and Maxine Buhs, his sister Karen (Buhs) Wessels, father-in-law and mother-in-law Leo and Louise Schossow, many aunts, uncles, and cousins. David’s first priority throughout his life was family and he especially enjoyed his role of “Grandpa”. In lieu of flowers, memorials are preferred to the American Heart Association or the Albert Lea American Legion.

To order memorial trees or send flowers to the family in memory of David Buhs, please visit our flower store.