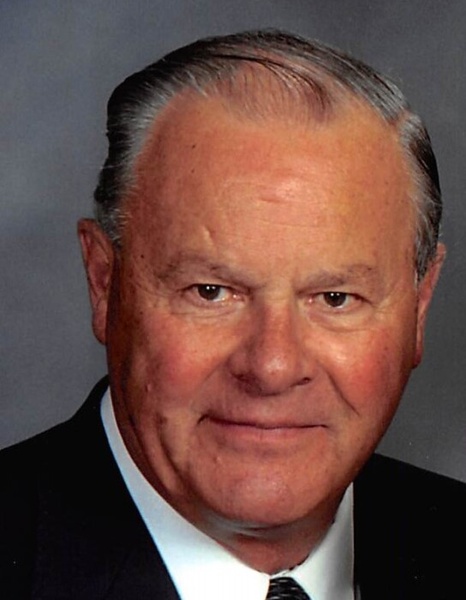 A funeral service will take place at 11:00 AM, Monday, June 7, 2021 at Concordia Lutheran Church of Alden with visitation starting at 10:00 AM. The Reverend Kaitlyn Rakotoarivelo will officiate.

David was born on January 26, 1937 to Arthur and Mabel (Nassan) at Navae Hospital in Albert Lea, Minnesota. He was baptized, confirmed and a lifelong member of the Concordia Lutheran Church and was a graduate of the Albert Lea High School. From 1954-1962, David was in the Army Reserves. He was a dairy farmer and later on transitioned to crop farming.

On November 14, 1964 David Arthur married Mary Jane Lockrem at Salem Lutheran in Albert Lea, and together raised their two sons, Joseph and Philip.

He enjoyed golfing and playing Whist with friends. David and Mary also spent a lot of time traveling to see many places in and outside the U.S. including France, Germany, Norway and Panama. David also loved to fly, and obtained his private-pilots license in 1954, and he later built his own plane.

He will be remembered for his love of his family and his church, where he spent years helping as an usher, deacon and chair of the church council, and as a 6-year board member at St. John’s.

To order memorial trees or send flowers to the family in memory of David Behrends, please visit our flower store.